How likely is a Russian intervention in the Baltics? | Europe | News and current affairs from around the continent | DW | 22.09.2015

For the first time in 25 years the US is reportedly dusting off contingency plans for an armed conflict with Russia - and finds that NATO can't fully defend the Baltic States. DW asked three Kremlin watchers to weigh in. 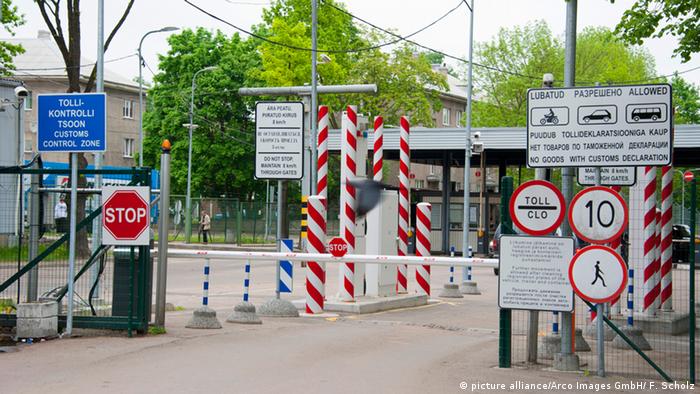 The Pentagon has started to revise and update its plans for a possible armed conflict with Russia for the first time since the fall of the Soviet Union, Foreign Policy magazine reported last week. That does not mean that the US Defense Department thinks such a scenario is imminent or even realistic. But it does mean that Moscow's international resurgence has garnered enough attention that Washington's war strategists have taken the old plans off the shelf to adjust them to current circumstances.

Particularly worrying for US defense analysts is the fact that NATO and the US are reportedly not fully capable of defending Estonia and Latvia, regarded as the most likely cases for an armed confrontation with Moscow. That begs the question how realistic such a scenario is. To find out DW asked three experts how likely a Ukraine-style Russian intervention is in the Baltics?

Neil Melvin is director of the Armed Conflict and Conflict Management Program at the Stockholm International Peace Research Institute:

Russia's military intervention in Ukraine has started a cycle of escalation with NATO in which the Baltic region has increasingly become the center of concern. This escalation is being driven by a security dilemma in which the steps taken by one side to strengthen its security makes the other side feel insecure, leading it to seek upgrades to its own security. Already, we see Russia indicating it will open a new airbase in Belarus, following NATO's plans to create new facilities (and possibly even eventually bases) east of Germany in Poland and the Baltic states.

Given the high stakes of this escalation, with the risks of a nuclear confrontation, a Russian intervention in the Baltic region is unlikely as a unilateral action relating to tensions directly with the Baltic States. Unlike Ukraine in March-April 2014 when the conflict began in eastern regions, the Baltic countries have strong well organized states and security agencies. Moreover, there is an active civil society to resist 'hybrid' conflict and media warfare. Most significantly, the NATO Article 5 commitment to the Baltic states provides a powerful tripwire to prevent Russian intervention.

At the same time, the danger at present is the growing regionalization of conflict in which actions against Russia or a Russian perception of action against it in one region may prompt 'push back' in another. So the risk is, for example, that a crash between a Russian and NATO jet or a military clash involving Russia and US forces in Syria, could lead to Russian action in the Baltic region as 'retaliation'. Given this, there is a clear imperative to improve communication between Russia and NATO as a mechanism to discourage accidental escalation, to ensure that both sides implement the OSCE Vienna document that provides for the exchange of information on military activities and in the medium turn to begin discussions of a new arms control regime for Europe. 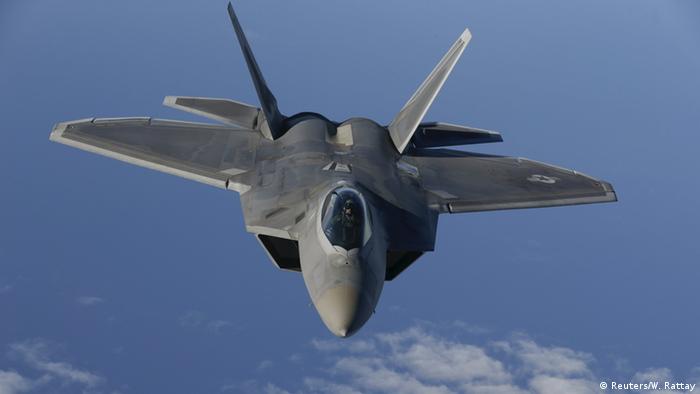 The US recently deployed F-22 fighter jets to Europe and is upgrading its tactical nuclear arsenal in Büchel, Germany

Iver B. Neumann is professor of international relations at the London School of Economics:

Russia is using deception and subterfuge as weapons of the weak. These tactics work best when they are new, so any assault on the Baltic States will probably be variations on the theme established by Putin so far, as distinct from replays. The weak cannot afford all-out attacks, so operations must be expected to be low-intensity ones.

Russia is already present, the question is if they choose to mark their presence more. Their greatest fear seems to be to be forgotten as an actor, for that would mean the end of their great power status.

Olga Oliker is director of the Center for Russia and Eurasia at the Rand Corporation:

I think any sort of Russian military action in the Baltics in the near term is highly unlikely. This said, Russian military intervention in Ukraine initially seemed unlikely as well, so just because it's unlikely, does not mean we can discount it as impossible.

The next step, then, is to ask just what this unlikely Russian action might look like. The idea that if Russia were to intervene in the Baltics it would do so in the same way as it did in Ukraine is truly implausible. Ukraine should be looked at as two components. What happened in Crimea was very unique to Crimea - the peninsula's geography, population breakdown, history, and existing Russian military presence was what made that operation work the way it did. In East Ukraine, Russia may have tried to do some of the same things that worked in Crimea, but they were far less successful, and the conflict quickly turned into a very conventional one.

In the Baltics, we can postulate the possibility of Russian efforts at various sorts of subversion, mostly as means of testing the water, but that's not military action. Moreover, the Baltic countries can help bolster themselves against this by making themselves less vulnerable to various provocations. What NATO is worried about is more along the lines of a large-scale, rapid conventional invasion, perhaps spurred by other incidents. But it is worth keeping in mind that there would be a good deal of warning of something like this, and thus time to prepare and adjust plans.

An Estonian police officer allegedly abducted by Russia in a cross-border raid has been jailed for 15 years. The EU has demanded his release after denouncing his abduction as a "clear violation of international law." (19.08.2015)

US to put heavy weapons in Baltics, Eastern Europe

Russia's annexation of Crimea has worried former Soviet satellite states. In a show of solidarity, Germany's defense minister has travelled to Baltic nations to pledge support. (14.04.2015)