Ernst: 'For many Sunnis, IS is the lesser of two evils'

Turkish President Erdogan is facing a storm of international criticism for not doing more to curb the IS terror group. But many Sunnis see the Assad regime as the greater danger, says Middle East expert Oliver Ernst. 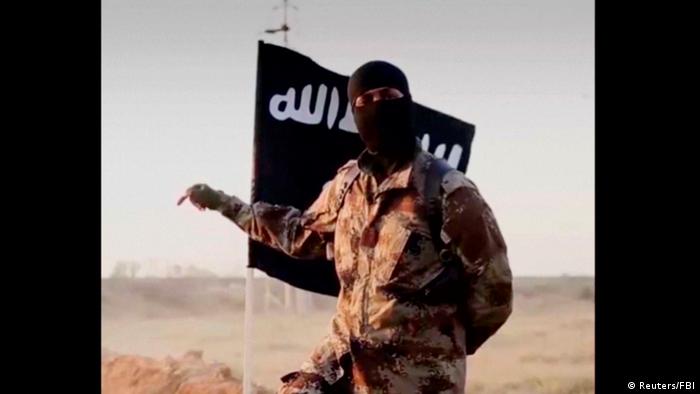 Oliver Ernst is a political scientist and expert in the Middle East department at the Konrad Adenauer Foundation in Berlin.

DW: Who is the larger enemy of Turkish President Recep Tayyip Erdogan: the "Islamic State" (IS) terrorist group of Syria's president, Bashar al-Assad?

Oliver Ernst: It's not possible to compare the two. From a security perspective and a foreign policy perspective, they're two completely different scenarios. The conflict with the "Islamic State" is asymmetric, exactly like the decade-long fight against Kurdish militias - especially the PKK. In contrast, the conflict with Assad has the nature of a proxy war. Then add to that the domestic dimension: among some of the Turkish population, as well as many Sunnis in the region, the "Islamic State" has a certain reputation as an organization opposed to the Assad regime. Radical Islamic militias are seen as a strong front against Assad, who is now blamed for the deaths of 200,000 people and the displacement of tens of millions of people in Syria.

Compared with the Assad regime, the "Islamic State" is considered to be the lesser of two evils by many Sunnis. The problem for Turkey, however, is that that's only half of the population. The other half, especially Alevis and Kurds - that's some 40 million Turks - see Assad as the lesser evil because, traditionally, Assad has been in favor of religious tolerance. I think this domestic political dimension is very important in order to understand that, when it comes to views of the militant "Islamic State" and the relationship with Assad's Syria, Turkey is very much split.

What does Erdogan want to achieve then? He already has parliament's permission to invade Syria, but now he's holding back.

The Turkish government already tried, very early on, to enforce a no-fly zone in Syria in an attempt protects parts of Syria from shelling by Assad's army and air force. But Erdogan failed to enforce the ban. Now, however, he's trying to take advantage of the worsening situation in the region near the Turkish border to enforce the concept of a no-fly zone. The Turkish government is trying to use the current negative situation in the region to enforce its own security policy ideas in the fight against the Assad regime.

Why is it doing that? 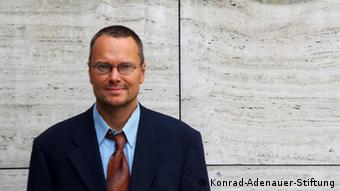 Oliver Ernst from the Konrad Adenauer Foundation in Berlin

The Turkish government doesn't see Assad as part of a possible solution. They don't believe that Assad could be part of an interim government or that he even has the legitimization to do so. We have an extremely divergent view on the Syrian war between Turkey and other protagonists. Pressure from the "Islamic State" has meant that Assad is again being treated as a possible ally against jihadism, despite the failure of negotiations in Geneva early this year. This perspective is not one shared by Turkey who wants complete rid of Assad.

But if Erdogan doesn't intervene with the "Islamic State," won't that boost Assad?

Here we must completely differentiate what happens in the short term, within a few days, and what happens middle and long-term. It's easy to get the impression, even on social media, that Turkey is only watching. But that's not the case. Turkey let 200,000 Kurds from the border region into the country. That's been an important step because for Turkey it wasn't easy to let Kurds into the country, as they knew it would fuel the restlessness among the Kurdish population along the border region. This has been a step which we should really appreciate and one that brought disadvantages for Turkey's security policy.

Furthermore, Turkey can't simply intervene in Syria with their army without thinking about what happens next. I think it's really important that Turkey, the Americans and the other allies pull together to discuss what, in perspective, makes most sense. The fact that Turkey doesn't debate on equal footing with the PKK militia about what's happening on the Syria-Turkey border is completely understandable. The Kurds in the border region stand close by the PKK and are strongly influenced by the Kurdish militants who are fighting against Ankara. They're certainly no ally or friend of Ankara. Turkey isn't interested in supporting these hostile forces with any military action, not to mention the fact that the relevant political forces in the Syrian Kurdish region don't really want that either.

The Kurds who support the Kurdish militia don't want the Turkish army suddenly to be stationed in Kobani. We're asking the Turks for the impossible: to protect an area that doesn't want to be protected, because doing so effectively requires a certain degree of military presence in the region. Under absolutely no circumstances do the Syrian and Turkish Kurdish militants want to see the Turkish army advancing into Kurdish-populated territory. Turkey is required, on the one hand, to not prevent Turkish Kurdish fighters from supporting Syrian Kurdish militants, and at the same time curb IS fighters.

What would be the worst case scenario for Turkey?

Turkey is currently going through the worst case scenario. The fact that for three and a half years, a dictator like Assad has been slaughtering his own people and that the international community have failed to reach even the smallest humanitarian compromise regarding the Assad regime, with those closest to him, including Russia and Iran, is a complete fiasco, also from the Turkish perspective. Basically, from the Turkish point of view, there's no possible deterioration because Turkey is a very strong state. It needn't fear that the "Islamic State" will advance on Turkish territory.

It also needn't worry that the PKK will suddenly restart a wide military campaign. The Kurds, as we're seeing at the moment, are far too weak for that. The fact that internal security has worsened due to the approaching "Islamic State" front is collateral damage. The real drama, from both the Turkish and international point of view, is that the Assad regime has been able to murder for three and a half years and we've failed to stop this regime politically and with or without military action.

Thousands of protesters, many of them Kurdish, have gathered in Düsseldorf, calling for a stronger response to the attack on Kobani. Interior Minister Thomas de Maiziere urged protesters to remain peaceful. (11.10.2014)

Kurdish fighters defending the beleaguered Syrian town of Kobani have repelled new drives by 'Islamic State' militants to take the town center, activists say. But the town remains in danger of being captured. (11.10.2014)

Turkey has agreed to train and equip moderate Syrians to fight "Islamic State" militants, according to the US State Department. Washington is urging a hesitant Ankara to ramp up its military involvement in the conflict. (11.10.2014)