The Turkish president has vowed to push ahead with a controversial development in Istanbul's Gezi Park. The project sparked violent mass protests in 2013 that left several dead and thousands injured. 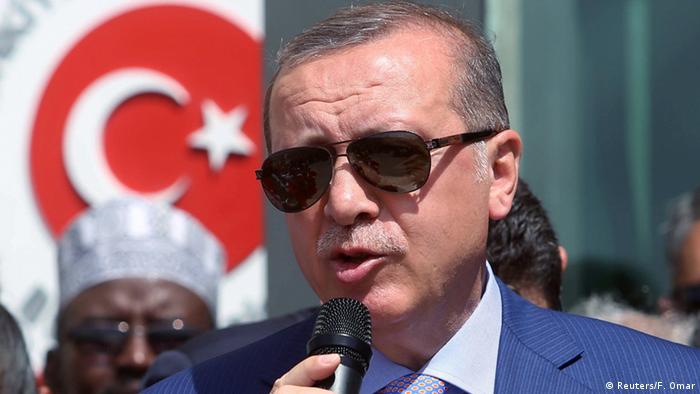 "A project that we need to address in a courageous manner is (that of) Gezi Park in Taksim. We will build this historic structure," Erdogan said in a speech in Istanbul.

Erdgoan was speaking of the contested plan to redevelop an Ottoman-era barracks on the land occupied by Gezi Park, located next to Taksim Square in Istanbul.

Secular Turks have opposed plans for redevelopment of the site. The project, which included plans for a mosque, triggered mass protests in May and June 2013 that snowballed into a wave of public anger against the Islamic-rooted government of then Prime Minister Erdogan. 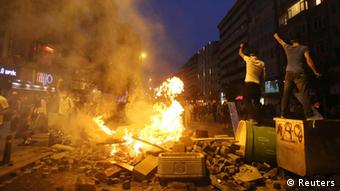 The development plans sparked violent protests in May-June of 2013, which left several dead and thousands injured

Several people were killed and thousands more injured in mass protests in Taksim Square, which were brutally suppressed by police. Demonstrations in the square - a traditional rallying point for Istanbul residents - are now banned.

Erdgoan said the project was a key to preserving the country's heritage.

"If we want to preserve our history we must rebuild this historic structure," he said.

Erdogan said the new construction plans would also include a section dedicated to the history of foreign countries, citing Germany, France and the United States as examples, according Anadolu Agency, a state-run news agency.

Critics have said the project would turn the park area into a shopping district and destroy one of the few green areas of Istanbul, Turkey's largest city.

Turkey's top administrative court blocked the redevelopment in the wake of the 2013 protests, but last year it reversed its decision, following an appeal by the municipality of Istanbul.