Three years on in Turkey, no justice for victims of Gezi Park protests | Middle East | News and analysis of events in the Arab world | DW | 30.05.2016

The Gezi Park protests shook Turkey three years ago, leaving 11 people dead and thousands injured. While five murder suspects are on trial, there has been criticism alleging biased proceedings. 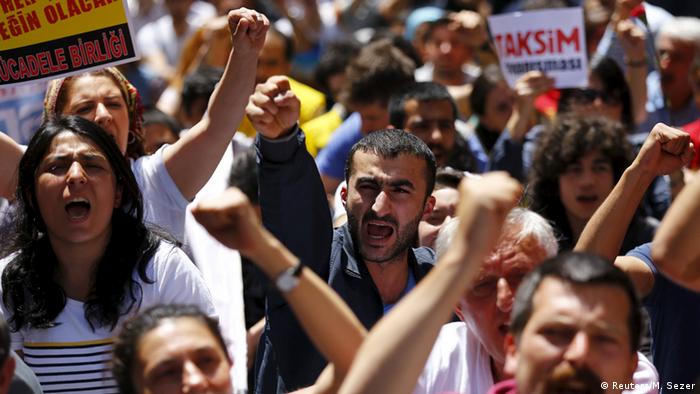 "On the evening of June 3, 2013 at around 10 PM, I was walking home. Just like everywhere in Istanbul and throughout Turkey at that time, there were protests in our neighborhood. Police were intervening against the protesters. I was hit on my right side with a tear gas canister, and I fell to the ground.

"A group of police officers ran over to me. At that point I fainted. While in a state of unconsciousness, I could feel my head being hit with a harsh object. That object got stuck in my eye. After that, they dragged me on the ground and tossed me into a fire," said 40-year-old Hakan Yaman, recounting what happened to him in the heat of the protests, which began in Istanbul's Gezi Park, adjacent to busy Taksim Square.

The protests spread throughout Turkey and were joined by millions. 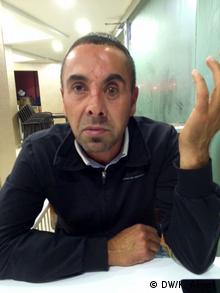 Hakan Yaman lost his left eye, broke his nose and cracked his skull

Yaman, by his own account, was not among the protesters that night and was simply trying to reach home. Today, Yaman is on his feet following numerous medical procedures.

"I completely lost my left eye, my nose was broken, my brain was visible. I have no cheekbone and my chin was broken. There is no bone on the left side of my face that was not broken. There was leakage of fluid in my brain, from which I nearly became paralyzed. In three years, over the course of 9 different surgeries, bones have been taken from five different parts of my body in order to fix my face" Yaman said.

The protests, which began as a resistance against the removal of trees in the park for the construction of a shopping mall, began on May 27. A group of 50 people set up tents in the park for the purpose of preventing the uprooting of trees. After police raided the camp early the morning on May 31, tens of thousands of people marched together to Taksim - and the protests rapidly spread throughout Turkey.

That same day, 37-year-old Volkan Kesanbilici was among those tens of thousands of people trying to reach the square. He was able to reach Tarlabasi Boulevard, which leads to Taksim Square. He lost an eye from the plastic bullets fired from a police vehicle called “Scorpion” on that day. 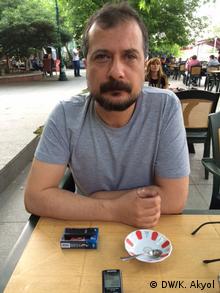 Volkan Kesanbilici was struck by a plastic bullet

We met in Gezi Park. What did he think and feel during that moment?

"My two and a half year-old son came to my mind. During that first moment after I was hit with a plastic bullet, I thought that I was hit with a tear gas canister. Due to this, I figured that my face was ripped apart and in a terrible state. I thought: 'how will my son look at this face?'" Kesanbilici said.

2.5 million people took to the streets

According to figures from the Interior Ministry, the events spread to all of Turkey's 81 provinces with the exception of Bingol and Bayburt. Official figures indicate that 2.5 million people throughout Turkey took to the streets.

On June 1, 2013, four days after the beginning of the resistance, tens of thousands of people occupied Taksim Square and Gezi Park.

On that same day and for the same purpose, 23-year-old university student Okan Gocer and a few friends piled into a car in the city of Gebze in the neighboring province of Kocaeli, some 65 kilometers from Istanbul. They crossed the bridge without any problems. With just a few kilometers remaining before they reached Gezi Park, the police closure of the roads forced them to park near the neighborhood of Okmeydani. 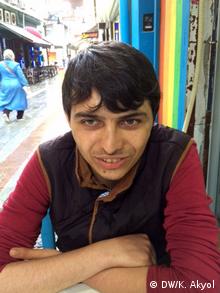 "We were at the very front. Behind us, there were thousands or tens of thousands of people. We were walking, trying to move forward. However, the police choked us with tear gas. At that point I warned my friends: 'be careful, the police are taking aim at us with tear gas canisters.' When the canisters were fired I had no chance of escaping," Gocer said.

A report published by a number of human rights groups indicated that 11 people throughout Turkey died during the protests. More than 8,000 others were injured, 43 of them seriously.

According to the Interior Ministry, nearly 4,000 protesters and more than 600 police officers were injured.

So far, for the 11 people that are said to have been killed during the Gezi protests, only five suspects have stood trial for murder. Other investigations into possible suspects in the cases of Yaman, Kesanbilic and Gocer have not resulted in a single indictment.

According to Yaman's lawyer Elif Eylem Dedeoglu, the major obstacle to the preparation of an indictment is the government's pressure on the courts, and that the investigation is being slowed as much as possible.

“The other obstacle to the preparation of an indictment involves the inability to access the images required to be recorded by the TOMA (anti-riot vehicle) that was on duty that day; expert findings have decided that images published on the internet and in other mediums are not sufficient to determine the culprits,” said Dedeoglu, responding to our questions in an email.

A judge has dismissed the case against more than a dozen activists involved in Turkey's 2013 anti-government demonstrations. The accused were leaders of Taksim Solidarity, originally an environmental group. (29.04.2015)