British rock band Radiohead condemned an attack on customers at an Istanbul record store attending their album release party. Islamists said they were angry with the event coinciding with their holy month, Ramadan. 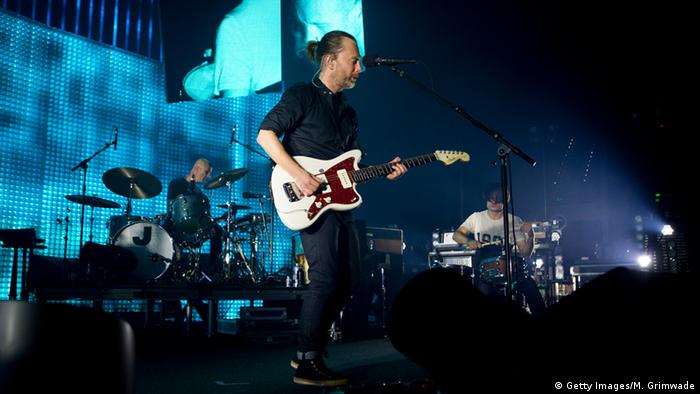 A group of about 20 men violently attacked customers and employees at the Velvet IndieGround music store in Istanbul's Cihangir district, a liberal neighborhood in close proximity to Taksim Square and Gezi Park. They said they were angered by people drinking alcohol and listening to music during the Muslim holy month.

One of the attackers was heard as shouting "If you dare to drink here one more time we will come burn you."

Radiohead has meanwhile condemned the attack, saying the band offered its fans in Istanbul "our love and support."

"We hope that someday we will be able to look back on such acts of violent intolerance as things of the ancient past," the band said a statement carried by Rolling Stone magazine.

The Velvet IndieGround record shop was among hundreds of shops around the world marking the release of Radiohead's first album in five years. The attackers managed to cause considerable damage, trashing the store while hurling insults at release party of the band's new studio album "A Moon Shaped Pool".

One person was seen bleeding with head injuries after being hit with a bottle.

The attack coincided with the announcement of a ban on Istanbul's annual gay pride march, which was set to take place later in June. The city's governor banned the event, citing security concerns. Islamists and far-right extremists had threatened the march, as it would also coincide with the Muslim holy month of Ramadan.

The gay pride march was broken up by police last year. Many have blamed a growing atmosphere of intolerance in general and homophobia in the country in particular.

Similar attacks like those on the Velvet IndieGround record store and altercations during gay pride events have taken part also at art galleries in the area in the past. Critics say that Turkey's Islamic-rooted government under the leadership of the AK Party (Justice and Development Party) has been undermining the country's secular tradition, culminating in the Gezi Park protests in the summer of 2013, which resulted in 22 deaths without leading to any change.