Remembering Gezi during Ramadan: ′Ground dining′ brings together anti-war activists | World| Breaking news and perspectives from around the globe | DW | 14.06.2016

Following the Gezi Park protests, thousands in Istanbul are attending so-called "ground dining" gatherings during the holy month of Ramadan, where people of differing views dine together sitting on the ground. 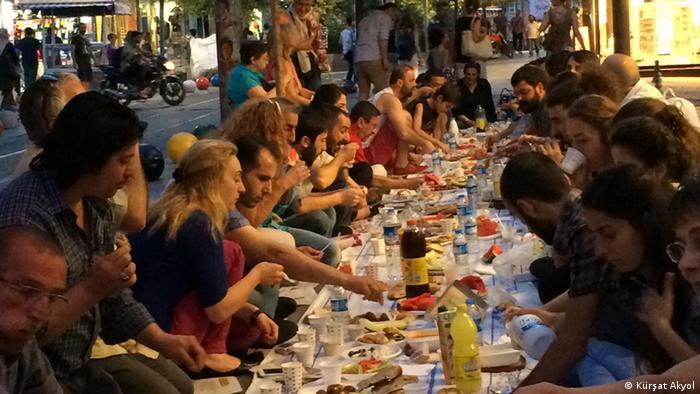 Gezi protests took place in the spring of 2013 and started as a group protesting the goverment's decision to cut down trees in the park to reconstruct the historic Taksim Military Barracks, which most people believed was to house yet another shopping mall in Istanbul.

The peaceful protests turned into nationwide demonstrations when the tents of the protesters were burned by government employees at 5:00am, mobilizing all kinds of people to join the protests that were critical of the ruling AKP's policies.

This year, following the third anniversary of the Gezi movement, "ground dining" returned with an anti-war message. People gathering together to eat their evening meal on the ground to break the daily Ramadan fast, known as iftar, is a long tradition in the Islamic world. This one was held in Istanbul's Kadiköy district.

On Kadiköy's busy Bahariye Street, the iftar meal was arranged on the sidewalks. The group of between 80-100 people brought food from home or from the grocery store, and together spread out newspapers on the ground. 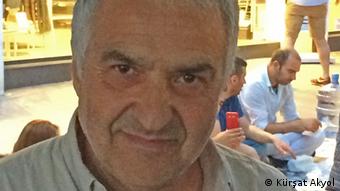 'Living in the dead center of war': Bülent Uyguner

"We are living in the dead center of war," said Bülent Uyguner from the Kadiköy branch of the People's Democratic Congress (HDK). "Things that have been happening in Syria and Iraq have also been taking place in 10 districts and 15 provinces in Turkey over the past year," he added. The meal was organized to draw attention to this problem. "By strengthening the peace and democracy front here, we aim to drain out this war front," Uyguner said, stating his opposition to the domestic policies of the ruling Justice and Development Party (AKP).

The HDK is a union composed of more than 30 left-wing organizations, the largest of which is the pro-Kurdish opposition People's Democratic Party (HDP). It was formed in 2011, and includes various socialist parties, labor unions and LGBT organizations.

Anticapitalist Muslims arranged the most famous earth table, held on Istiklal Avenue, the city's busiest pedestrian street, when Ramadan coincided with the Gezi Park protests in 2013.

Those fasting and those not fasting, those with beers in their hands, glue-sniffing children, women with headscarves and women with miniskirts, from the most radical to the most pious, thousands of people from different backgrounds met at this meal.

Sunday's "peace table" in Kadiköy was a continuation of this well-known meal, while the first "ground dining" of Ramadan this year was held on Istiklal. The first-ever such meal was a protest against the AKP holding iftar dinners in luxurious hotels.

"As you can see, these meals are on the street and everyone can attend them. Everyone, those with and without food, shares with one another. These meals prioritize sharing," said 32-year-old accountant and anticapitalist Muslim, Hediye Yolcu. 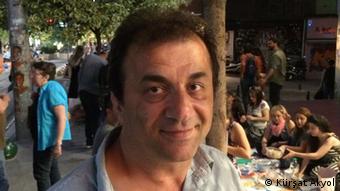 Güngör: Islam should be sincere, honest and peaceful

Following last year's June 7 general elections, the resumption of intense conflict between the Kurdistan Workers' Party (PKK) and security forces led to the deaths of hundreds of civilians, soldiers, police and militants. Tens of thousands were uprooted from their homes. A string of bomb attacks killed and injured hundreds. The PKK claimed responsibility for some of these attacks, while ISIS claimed responsibility for another.

For 35 years, ever since he was 7, people have been killing each other in the Middle East, said tailor Mustafa Güngör. "The state of Islam should be like [the atmosphere of this meal]: Sincere, honest, in favor of peace," Güngör said, expressing his discomfort with how Islam is perceived in the world.

According to Muharrem Saskin of the Anticapitalist Muslims, "ground dining" represents an ancient tradition in Turkey, inspired by the "Halil İbrahim tables," collective dinners held on the ground in the spirit of the prophet Abraham's propensity for sharing and hospitality.

"These dinners will have achieved their purpose only when there are no hungry, disenfranchised people left and when a heaven on earth without borders and classes is created," Saskın said

An Islamist group pinned posters across Ankara in an attempt to use religious references to incite hatred against gays and lesbians. With political Islam on the rise, local governments choose to ignore the problem. (08.07.2015)