Lucy Small is fighting for equal pay for women athletes. The Australian professional surfer is pushing for legislation to be passed that would prevent other female competitors from experiencing what she did. 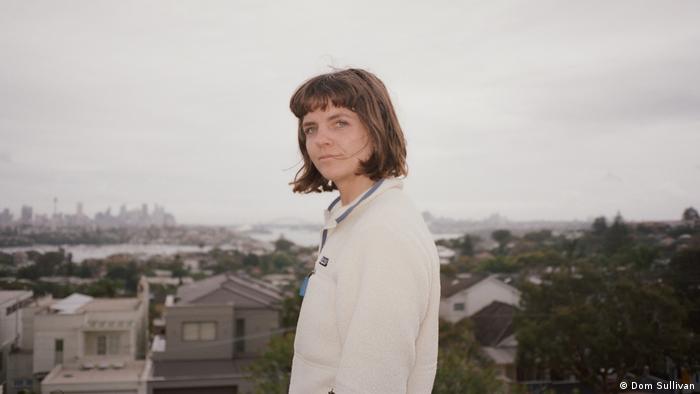 "Even though I am like a surprise activist, it's really nice and I am enjoying it," Lucy Small told DW with a laugh.

The professional surfer sparked a debate in her native Australia last spring about equal rights for female athletes that continues to rage on. Small had won a longboard competition in Sydney and received a check for AU$1,500 (€965, $1,100). The winner of the men's competition, on the other hand, pocketed $4,000.

When Small was handed the microphone at the award ceremony, she spoke of a "bittersweet victory " — because her performance was worth less than half of that of her male counterpart. That's something "sponsors should think about next time," Small said.

The video of her short speech went viral. The support was "overwhelming," the 28-year-old said. "People say, you are awesome, I always wanted to say things like that, keep going, it's an overwhelming amount of support that showed me we are really ready for that change."

A surfboard manufacturer stepped up to pay her the difference in the prize money. The sport's governing body in the country, Surfing Australia, wrote the requirement to pay women equally into its rulebook for its competitions.

She submitted a petition to the New South Wales Legislative Assembly. It calls for gender equality in sport to be enshrined in the state's law. It states that clubs and event organizers should only receive permits and financial aid from the state if they pledge to pay women equal prize money and grant them equal access at all levels.

New South Wales, with its capital, Sydney, is home to Australia's most popular beaches for surfing. According to the Australian government, almost half of the more than 500,000 male and female surfers on the continent come from NSW. If equal pay for women were passed into law, this would have a symbolic effect.

The prospects for this are good. The New South Wales Legislative Council, the state parliament's upper chamber, has backed Small's initiative across party lines. 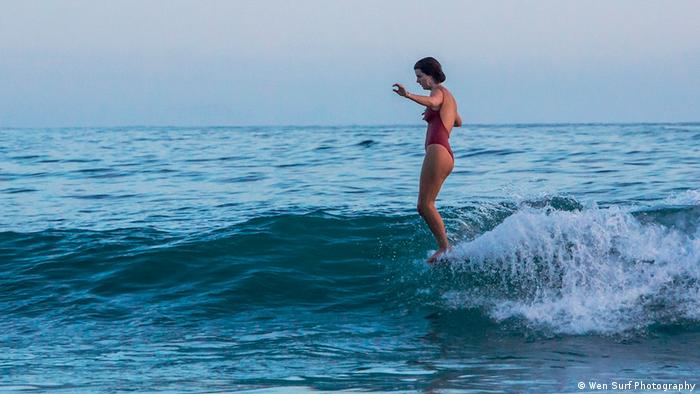 "We have really big names of surfing behind us," Small said.

But there are critics, too.

"It's the same old arguments that are always presented like women's sport doesn't draw the audience so it's not worth as much, so women should not be paid as much," the activist said angrily. "That is just so archaic!"

The captain of the Socceroos, Australia's men's national football team, has just 30,000 followers on Instagram, she argued.

"But the captain of the Matildas, which is our women's team, has more than 700,000. So, which media are we referring to?"

Breaking a vicious cycle of sexism

The surfer speaks of a "sexist cycle of sport," sexist attitudes towards women's abilities as athletes that lead to a lack of media exposure. Fewer sponsors and competitions are the result, she argues. This leads to a lower level of performance. That, in turn, reinforces sexist attitudes, she says.

"It's a cycle that is cycling around and around but you can look at it also in another way, like more media exposure means higher advertising value which means more money in women's sports, means higher performance. So basically, we just want to reverse this cycle."

When it comes to prize money in elite sports, the barriers have already largely come down. For example, the World Surf League, the world governing body for professional male and female surfers, has already been paying out identical bonuses for women and men since the 2019 season.

According to a survey by the BBC last spring, equal pay in prize money is now guaranteed in 37 of 48 sports surveyed. Still far behind remained basketball, football and golf.

Small has spoken to equal pay advocates in California in the United States. Women surfers there achieved in September 2019 what the Australian is now seeking for New South Wales: equal prize money and equal access for women and men in all sports.

Small is also planning to travel to other countries and meet activists "to find out what work is being done there and how we can achieve solidarity."  According to Small, equal pay is not the only issue that surfing is facing.

"Basically, the key issue is the explosion of real estate prices in coastal areas," she said.

"So actually having access to the beach means that it's a lot of wealthy white people who are able to afford that, which is like a class barrier. Internationally, too, surfing often remains a sport of the well-heeled white population, she added.

While the sport is also growing in popularity in Asia and Africa, but they remain underrepresented amongst professional surfers on the World Tour. "And I really would love to see more diversity in the lineup."

"Australians love sport, we are a sporting nation. I would like to see female athletes celebrated as heroines the way we celebrate male athletes in Australia," she said. "So that young girls can see that women can be superstars too and their stories won't be buried or erased.

"I don't know if I see it in my lifetime but I believe it will happen," she added. I think deep down, I'm an activist at heart. Now I've found that out."

The American singer has offered to pay the €1,500 fine incurred by Norway's beach handball team for breaking uniform regulations. The team wore shorts instead of bikini bottoms at the European championships in Bulgaria.

US women's soccer team gets partial victory on equality

This week's five talking points from women's football include: Wolfsburg and Turbine Potsdam battling in the snow, Pernille Harder asking for better opportunities, and one of the fastest hat tricks in history.