Some believe the Latin American socialism of the 21st century is heading for a dead end. Growing debt and trade deficits are putting pressure on regimes there - does this mean the end of an ideology? 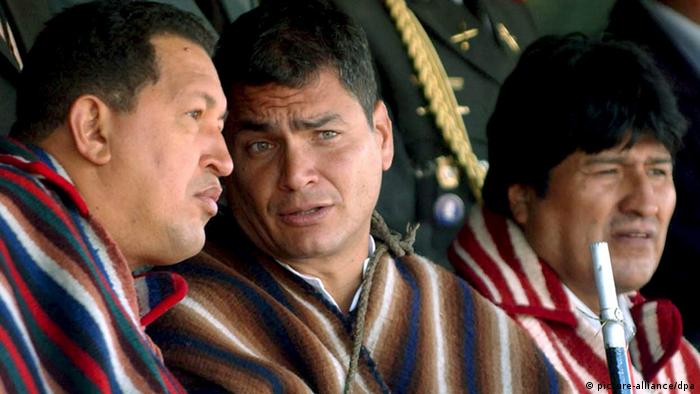 Growing economic problems in Venezuela, Ecuador, Argentina and Bolivia are putting pressure on Latin America's left-populist governments. In the struggle for power, competition has broken out among socialism, Peronism and liberalism. But some believe all three are in decline.

The fight for "21st century socialism," as Venezuela's Hugo Chavez put it, is particularly marked in the deceased statesman's country. That Venezuelan opposition candidate Henrique Capriles has refused to recognize the victory of Chavez' successor, Nicolás Maduro, who won disputed elections in April, is one sign.

Last week a fistfight broke out in Venezuelan parliament between Chavistas and the opposition. Meanwhile, Capriles is challenging the election results in Venezuela's high court.

Virgílio Arraes, a professor of contemporary history at the University of Brasilia in Brazil, called 21st century socialism an "anachronism."

It was a valid attempt to seek alternatives to the neoliberal economic models Latin American governments had sought out of the 1980s and 1990s, Arraes said. But "it was unable to adapt to 21st century problems, like environmental issues or mass unemployment," he added.

Chavismo in particular, he said, was largely an inheritance from the Cold War. 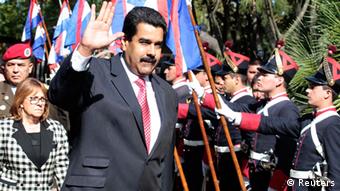 Maduro will inherit a nearly bankrupt Venezuela from Chavez

Thiago Gehre Galvao, of the University of Brasilia's Institute of International Relations, went a step farther. Basing his argument on the work of well-known American sociologist Immanuel Wallerstein, Galvao told DW that the three great ideologies of the past 200 years - liberalism, conservatism and socialism - are all in decline.

Evidence for this assertion could be found in numerous worldwide movements for political freedom, the rights of minorities and in the Occupy movement, Galvao argued.

Economic factors are also likely to have played a role in the decline of this form of socialism. Countries like Venezuela, Ecuador and Bolivia, which depend on exporting natural resources such as oil and gas, have largely financed social programs through revenues from energy exports. The economic crisis in Latin America has, among other things, caused fluctuations in global commodities markets, which has taken a heavy toll on such social programs.

Also Argentina - which depends on the export of agricultural products such as soy - is suffering under a growing federal deficit, a negative trade balance and questionable solvency.

Argentine President Cristina Fernandez de Kirchner, who has often butted heads with the Catholic Church, defended government policies in the face of new Pope Francis' advocacy in defense of the poor.

"Poverty reduction is no miracle, rather the result of social policies," Kirchner stated to the Argentine press. She also made clear that Chavez - as well as her deceased husband, Nestor Kirchner - continue to be her political role models. 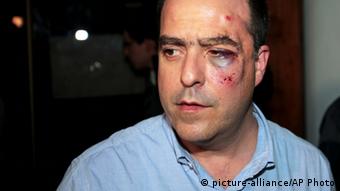 Just how long these social policies, based on an export economy model, can continue to be employed depends not only on global market price fluctuations, Galvao pointed out. It also depends on internal production structures, "which are practically non-existent in Bolivia, Ecuador and Venezuela," he said.

He noted that petroleum proceeds there were never invested in creating basic infrastructure that could help support industrial development.

In recent times, China has been the foreign power that has contributed most to economic stability in South American left-leaning, populist countries. China is the largest importer of oil from Venezuela and Ecuador, as well receiving large amounts of raw materials from Bolivia. The United States, which buys 40 percent of Venezuela's oil, comes in as the second-largest consumer.

Antonio Carlos dos Santos, an economics professor at the Catholic University in Sao Paulo, described the Latin American model of socialism as being in "slow decline."

That economic growth in Peru has been greater than in those countries, he added, "shows that there are alternatives."

The last will of Hugo Chavez

The last wish of Hugo Chavez was to have Nicolas Maduro take his place as president. Many Venezuelans interpreted that as an order to vote for him at the polls. Maduro now has won a narrow victory over Henrique Capriles. (15.04.2013)

Once neglected, now courted: Latin America is becoming increasingly important as a supplier of raw materials for German industry. China, Canada and the US are competitors in the race for natural resources. (15.04.2013)

Hundreds of thousands of children work in Bolivia even though the minimum working age is 14. But as most of them have to help support their families, they depend on their jobs. Some have united to improve their lives. (12.04.2013)