Hundreds of thousands of children work in Bolivia even though the minimum working age is 14. But as most of them have to help support their families, they depend on their jobs. Some have united to improve their lives. 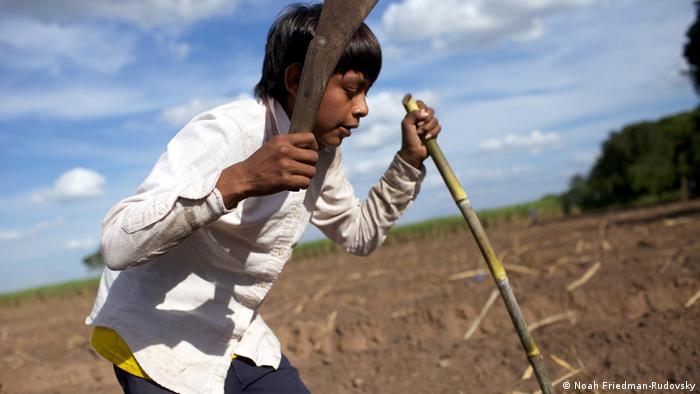 There are many faces of child labor in Bolivia. Some are like 12-year-old Deyna Mamani's, bright and vibrant. She began working weekends with her grandmother at eight years old, selling juice in a bustling market in downtown La Paz. Back then her family was going through hard times, and Deyna needed to earn a few dollars a day to pay for things like school books and bus fares.

Some faces are like Rodrigo Medrano Calle's, mature and wary. Rodrigo, 14, sells cigarettes and gum in bars through La Paz's city center, working late into the night. And across the country there are many more - the faces of the boys who shine shoes in the humid heat of jungle towns, of the girls cleaning tombstones in labyrinthine cemeteries, of teenagers bent over the backbreaking work of the sugarcane harvest.

Technically, Rodrigo and Deyna should not be working their jobs - Deyna because she is under 14, and Rodrigo because late hours in and out of bars is deemed hazardous work for people under 18.

But not only do they work, they are also part of the Union of Child and Adolescent Workers of Bolivia (UNATsBO), an organization of young workers united to defend themselves against exploitation.

For Rodrigo, the idea that he and many other young people are legally barred from jobs because of their age is unrealistic and arbitrary.

"Maybe people say 'They still have children's minds,'" he said. "But there are adults who are 21 who have a child's mind, and there are kids who are 13 who have an adult's minds." 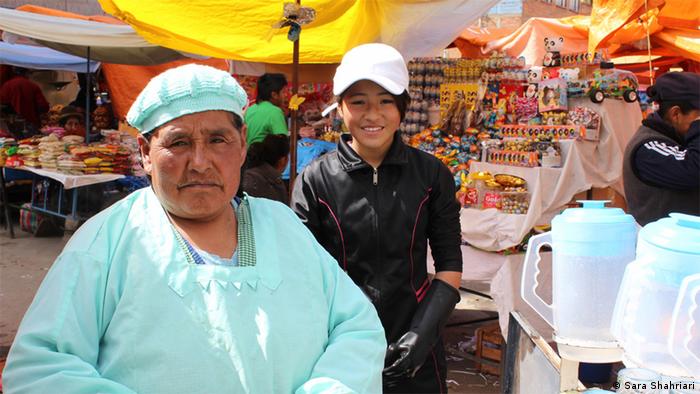 For many people in Europe and North America the term 'child labor' calls up images of vast factories where children work 12-hour shifts, but in Bolivia the reality is different. Most working children and teens labor on family farms or as part of the informal urban economy - and the work they do is not necessarily classified as child labor.

According to the International Labour Organization (ILO), one of the key institutions advocating for labor rights worldwide, "whether or not particular forms of 'work' can be called 'child labour' depends on the child's age, the type and hours of work performed, the conditions under which it is performed and the objectives pursued by individual countries."

In Bolivia, a 2008 survey estimated that 800,000 children and adolescents are involved in work classified as child labor. Of those 800,000, the survey found that 491,000 are under the age of 14, and that 309,000 teens 14 to 17 years old are working jobs that are classified as dangerous. Just a small percentage of the under-18 workforce is organized as part of UNATsBO, where most members agree that there are jobs, like mining and the sugarcane harvest, that young people should not do.

But overall UNATsBO wants governments to stop focusing on minimum ages, and instead put their energy toward protecting young people who do work from poor wages and physical and psychological abuse at the hand of employers and customers.

A few years ago when Bolivia wrote its new constitution, UNATsBO helped shape it by convincing the government to replace an article prohibiting children's work with one that bans exploitation of children and teens. Members have also organized strikes and marches for better wages and working conditions. On an more local level, UNATsBO, which is partly funded by child-centered international organizations, provides a place for young people to find solidarity with others who understand them. 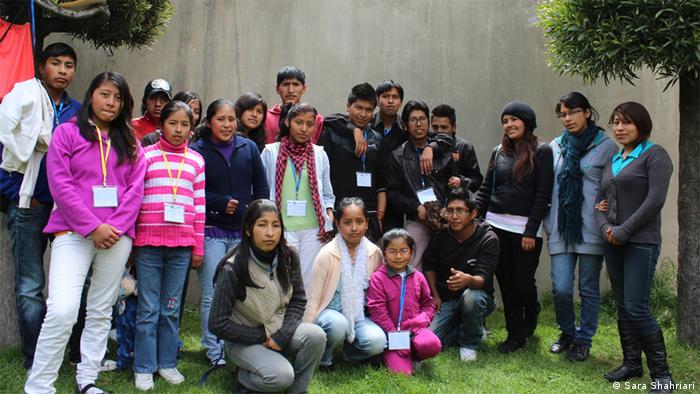 Gladis Sarmiento began working when she was five years old, selling popcorn in a park near her house. Now 25 and a theater teacher for low-income kids, she credits UNATsBO with changing her life by telling her about her rights and empowering her to speak up. Now, as an adult, she's doing the same for other young workers.

"The kids and teens feel good when they're with the organization," she said. "Our reality can be really tough, but here we see we can change that. It makes you feel useful, not only in the movement but in your home, and in society."

The ILO and the Bolivian government are trying to protect children from exploitation by regulating minimum ages and dangerous work, and giving kids a chance to focus on school.

Working out of need

But in the end there's one word members of UNATsBO repeat over and over again when asked why they work at such a young age, or do dangerous jobs: Need.

The need to buy books for school, the need to feed younger siblings, the need to help the family pay the bills. Though poverty levels have decreased in Bolivia over the last few years, it's clear that young workers still play a key role in keeping many families afloat.

That's also the case for Sonia Caba Flores, who cleans tombstones in a city cemetery. "If people tell us not to work no one will listen," she says. "If there were enough work for our parents then maybe we wouldn't, but there isn't, and so we work."

Helping the street children of Colombia

Fleeing the broken homes of Colombia's slums, many children land on the streets. Some even turn to prostitution. German university professor Hartwig Weber is mobilizing local teachers to help break the cycle. (11.03.2013)

Since June 2011, new United Nations guidelines have been in place to improve the protection of human rights in a globalized economy. But they are not always applied, critics say. (10.12.2012)