Munira Abdulla's family has announced she is at home after awaking in a German clinic last May. She was brought to Germany after being seriously injured in a car accident in 1991. 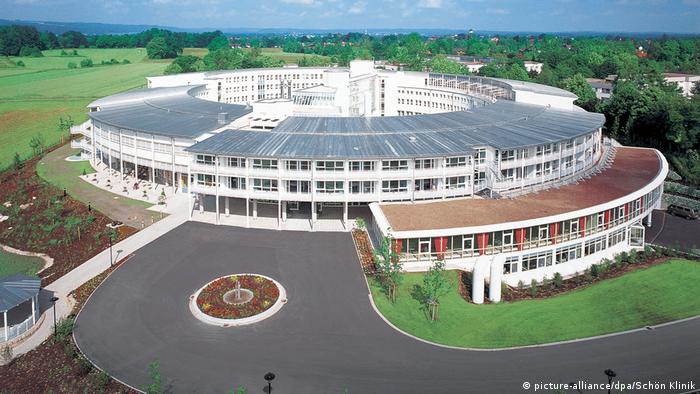 Munira Abdulla was 32 when she was involved in a serious car accident that left her in a vegetative state. After 27 years in the hospital, the woman, now 60, is at home with her family in the United Arab Emirates (UAE).

Her son Omar, whom she had just picked up from school when the accident happened in 1991, said although his mother had awoken from her vegetative state in May of last year, her family had decided to wait until her condition had stabilized before making the announcement on Wednesday.

Omar, who was four at the time and was also injured in the accident, told reporters, "We felt we needed to share the story to give people going through the same or similar experiences hope."

'I dreamed of this moment for years'

Omar, who traveled to Germany with his mother and rarely left her side, said: "I dreamed of this moment for years, and my name was the first thing she said."

Abdulla was treated at the Schön Clinic in Bad Aibling, in southern Germany, after doctors there were contacted by the UAE General Consulate. Astrid Reining, the clinic's spokeswoman, said, "It sounds like a miracle, but it is a case of excellent medical care."

Read more: Artificial intelligence in medicine: The computer knows what you need

Friedemann Müller, a neurological specialist who cared for Abdulla in Bad Aibling, said that a vegetative state of "minimal consciousness" should not be confused with a coma.

Parts of the brain of patients in this particular state actually are reacting to external stimuli.

He also said the process was slow: "No patient simply wakes up from a coma after 27 years. The physical and mental state of the patient increased enormously over a period of a few weeks. She can now interact consciously with her environment and participate in family life again."

Read more: The science of dying

Doctors treated Abdulla, who remains severely handicapped and is confined to a wheelchair, with a combination of physical therapy, medicine, operations and sensory stimulation.

Müller said doctors at the Schön Clinic took a holistic approach to the woman's treatment, controlling her muscle contractions with an exoskeleton at times, adjusting her medication, and taking her outside to hear songbirds.

The doctor said, "The case is very unusual, but not unique." He, too, said that her case offers hope for patients with similar conditions.

"Many doctors told us we shouldn't expect much after 15 or 20 years in a coma, but I never accepted that," Munira Abdulla's son Omar said. "Everything is in God's hands. I never lost hope"

The new head of Interpol will be elected next week. However, one of the candidates — Major General Ahmed Naser Al-Raisi from the United Arab Emirates — has been accused of torture.