The science of dying

Can one explain death objectively and scientifically? When does it begin? What happens afterwards? What do near-death experiences show? Do we have a soul? Five aspects about dying from biology, medicine and physics. 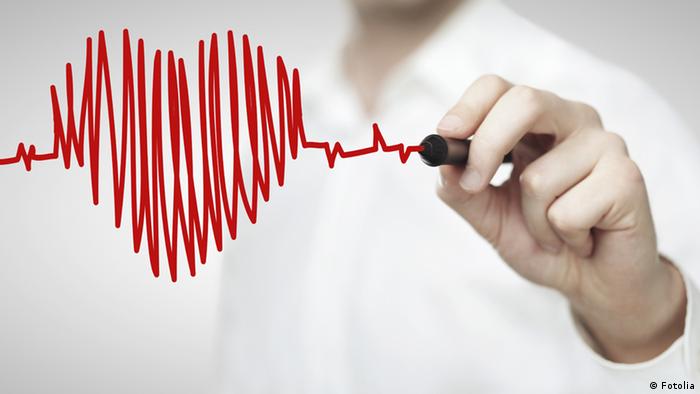 "Death is very likely the single best invention of life. It's life's change agent. It clears out the old to make way for the new." Apple co-founder Steve Jobs' farewell speech moved many. At the end of his life, his fortune, his groundbreaking achievements, and his relationships couldn't help him. The technology pioneer died of cancer at the age of 56.

Why is biological death inevitable?

Death creates space for new things. This is also true for the human body, which consists of billions and billions of cells that divide every day and thus ensure growth. Living organisms have a very effective method of destroying superfluous or potentially dangerous cells such as viruses or cancer cells: programmed cell death. The old cells are replaced by new, identical cells. But this cell division slows down and stops at some point. Telomeres, which are located at the ends of the chromosomes are probably responsible for this. 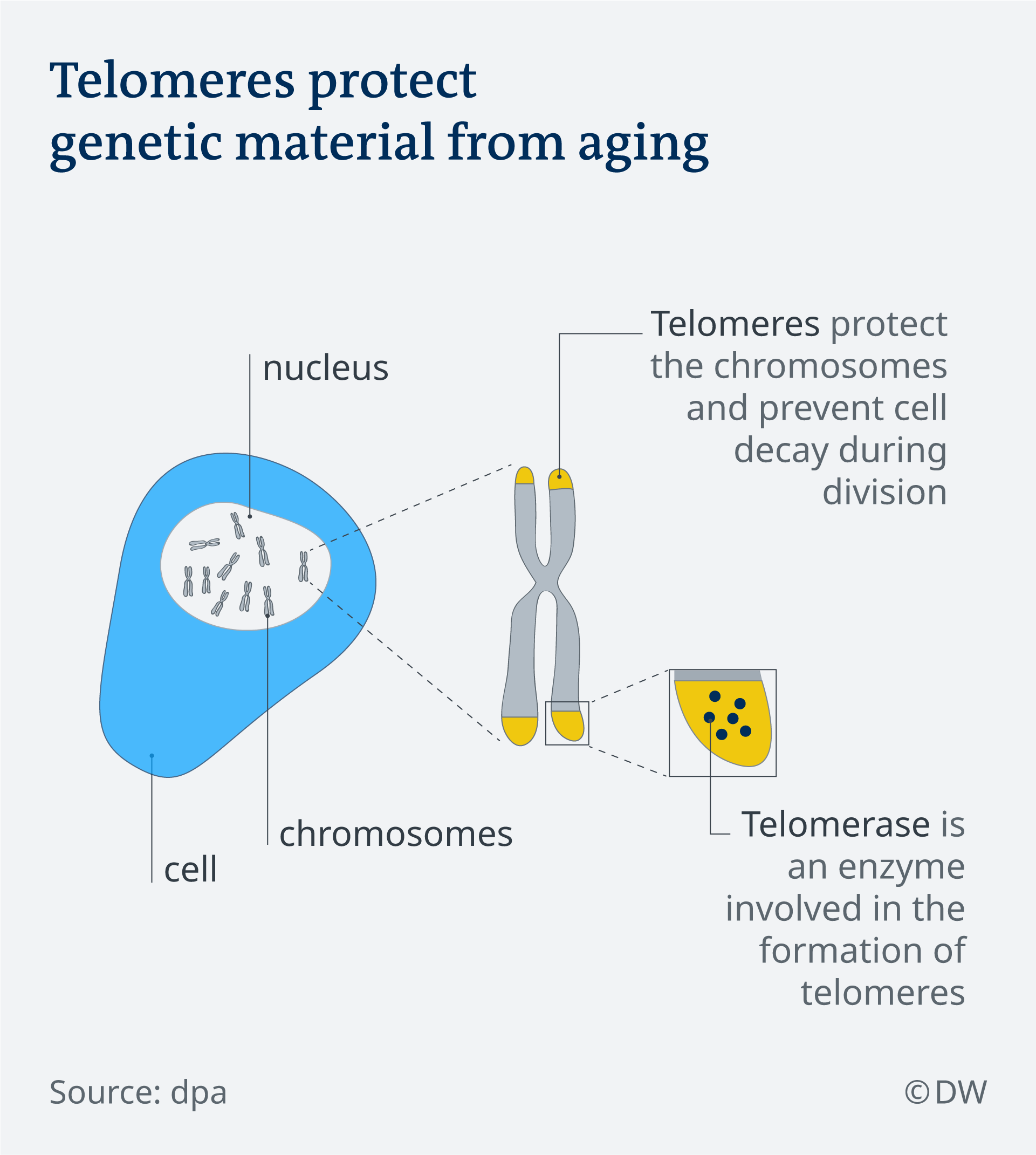 If these protective caps are shortened by cell division, then eventually no more cell division takes place. Then no more new cells get added and the old cells die. Although the enzyme telomerase can ensure that cell division continues, telomerase can also accelerate cancer, which is why it makes biological sense for the enzyme to be active in only a few cells. If the process is disturbed — for example, in our cellular power plants, the mitochondria — it has far-reaching consequences for every cell in our body.

Biologically, the body functions for a maximum of 120 years. Actual life expectancy, however, has increased considerably over time due to improved living and hygiene conditions. In Germany, for example, life expectancy increases by around 3 months every year.

Read more: Providing First Aid – The right steps to take in an emergency

How is death defined?

The physical aging process often ends with the failure of several organs: the cardiovascular system collapses, the lungs and the brain fail. Death occurs. From a medical point of view, there are different types of death: "clinical death", in which the cardiovascular system fails, pulse and respiration stop, the organs are no longer supplied with oxygen and nutrients. In the case of a clinical death, however, cardiopulmonary resuscitation is still possible and often successful.

This is no longer possible in the case of "brain death". That means that the cerebrum, cerebellum and brainstem have failed. Although certain brain cells can still be active in deeper layers during brain death, "consciousness" has already been lost. Nevertheless, "brain dead" can still be kept alive artificially for a long time. Even brain dead women can still carry children all the way through birth. Some brain-dead patients also react to external stimuli, for example during operations. From a medical point of view, however, these are only spinal cord reflexes and not sensations of pain. Despite the strictest regulations, such as those of the German Medical Association, the definition of brain death remains controversial.

What happens to our bodies?

At first, our organs can survive without oxygen and nutrients for a while. Only gradually does the cell division stop completely, then the cells die. If too many cells have died, the organs can no longer regenerate. The quickest reaction occurs in the brain, where the cells die after three to five minutes. The heart can continue to beat for up to half an hour. As soon as the blood stops circulating, it sinks and forms "death spots." Those can give forensic doctors clues to the cause of death and the place of death.

After two hours, postmortem rigidity sets in because the body does not produce adenosine triphosphate any more. This is a vital energy source for the cells. Without it, the muscles become stiff. After a few days, this postmortem rigidity relaxes again. The gastrointestinal tract only dies after two to three days, the bacteria in it accelerate the decomposition of the body. Pathogens in the body, however, remain dangerous for a long time. Hepatitis pathogens, for example, live on for several days, tuberculosis bacteria even for years. In total, the decomposition process of the human body takes about 30 years.

What do near-death experiences teach us?

Scientifically, near-death experiences occur between clinical death and resuscitation. Not only science, but also religions and esoterics are intensively concerned with the described experiences, which can vary greatly depending on cultural or regional interpretation. Many of those affected have had no near-death experience at all during this phase. Others tell of memories flowing in, of a detachment from the body, of landscapes or of a bright light (at the end of a tunnel).

Some reported a great feeling of happiness, others experienced states of fear or panic. 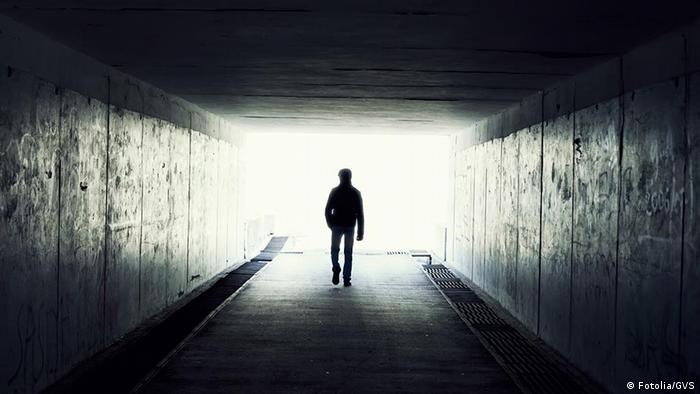 Often experienced during resuscitation: Light at the end of a tunnel

What does quantum physics have to do with the soul?

Not only theologians and esotericists, but also physicists have dealt intensively with the mysterious phenomena of near-death experiences. The basis for a "physically describable soul" is the quantum physical phenomenon of entanglement. Albert Einstein already discovered this strange effect, but dismissed it as a "spooky distant effect". According to it, two entangled particles behave like a pair of twins regardless of the real distance. If the property of a particle is determined by a measurement, the quantum state of the partner particle is also determined immediately.

Numerous quantum physicists today take the view that this effect actually exists. As with particles, there is a dualism between body and soul. But when the question is asked whether quantum physics can "prove" the existence of a human soul, it boils down to a question of faith, whether it is scientifically or religiously motivated.

Is it possible to extend our natural life span?