The elections in Kosovo were seen as a milestone. For the first time since independence, the Serb minority would take part. But violence overshadowed the polls - and few seem to know why. 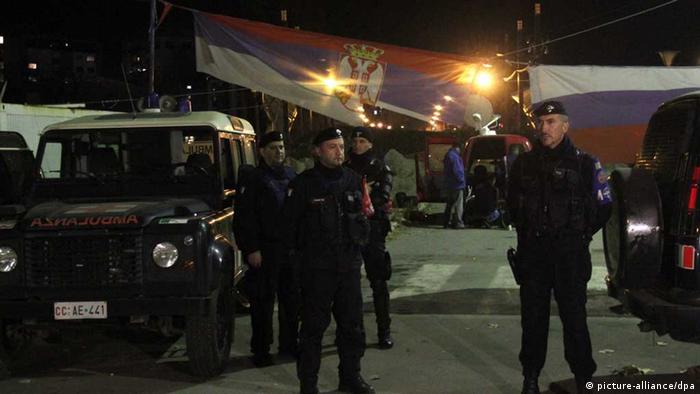 It was supposed to have been the first elections in Kosovo's post-independence history that included the Serb minority in the north. But Serbs in that area are outspoken against the region's integration into the Albanian dominated country and never accepted independence in 2008.

For many years, those in today's northern Kosovo could count on the support of the Serbian government in Belgrade. This changed over the last few months. Newly elected leaders in Belgrade attempted to normalize relations with Kosovo's government in Pristina - all within the process of EU rapprochement.

Thus, the government in Kosovo had originally hoped to have Belgrade's support when integrating the north into the Kosovar state.

The plan seems to have failed. After violent clashes and the destruction of ballot boxes in the divided city of Mitrvica in northern Kosovo, the validity of polls in that area has come under question. 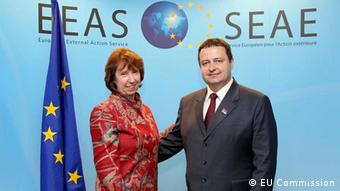 The EU brokered a normalization treaty between Serbia and Kosovo

The culprits are still unknown. According to Serbian media reports, members and sympathizers of Obraz, a right-wing Serbian nationalist organization, took part in the disruption of the elections. There are also questions as to whether organized crime was involved.

"It's possible that thugs or smugglers who profit from the lack of the rule of law took part in it," said Andreas Ernst, a Balkan expert and foreign correspondent for the "Neue Zürcher Zeitung" in Switzerland.

What is known, says according to Dusan Reljic t the German Institute for International and Security Affairs in Berlin, is that the culprits wanted to disrupt the reconciliation of governments in Belgrade and Pristina.

"It's difficult to point fingers at the persons responsible for the incidents," the Balkan expert told DW. Since the disruptions caused low voter turnout, Rejiic said, it was not in the interest of Serbian right-wing nationalists to keep local Serbs from going to the polls.

The elections also represented the first time the government in Belgrade called on Serbs in northern Kosovo to take part in elections. This paradigm shift is part of a normalization treaty between Belgrade and Pristina mediated by the EU. The aim of the treaty is the integration of the north into the state. In return, Serb communities should receive far-reaching autonomy rights. These are both conditions for Serbia to start accession negotiations with the EU. 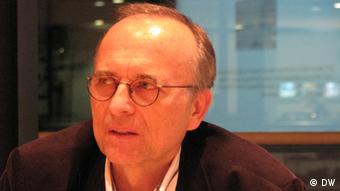 However, the election turnout of Serbs in the three communities in the north was low. Around 80 percent did not go to the polls. One reason was that the Belgrade's political about-face came so quickly.

"For years, the proponents of this policy, Prime Minister Dacic and his deputy Vucic, upheld a totally different policy," Relic said. "In many people's eyes, the sudden change of direction made [those politicians] implausible."

A case for persuasion

For successful rapprochement to truly take place, locals need to be persuaded, says journalist Ernst - and decisions should not be made without first consulting the people.

"In that respect, the political culture in Belgrade and Pristina seems to resemble one another. Nation-building is seen as a top-down process," he said.

But doing it in such a manner cannot work, Ernst says. "State legitimacy is granted by the citizen, hence, from the bottom," the journalist said. It was a mistake, therefore, that Serbs in northern Kosovo did not take part in the negotiations in Brussels.

Unlike in the north, Serbs in central and southern Kosovo came to terms with life in Kosovo. Nor was this their first time taking part in Kosovar elections. But that is mainly due to geographical location, with Serbians throughout Kosovo simply having no other option.

Croatia is the most recent addition to the European Union. It would have been even better if all former Yugoslav states joined the EU at the same time, says DW's Bernd Riegert. (30.06.2013)

Fighting between the Kosovo Liberation Army and Serbian forces begins in 1998. After internationally-mediated peace talks fail, NATO launches air strikes to force Serbian leader Slobodan Milošević to back down. (23.04.2013)