A woman convicted of killing her child has received a 30-year prison sentence in El Salvador. But she has denied committing murder, saying her child was stillborn. 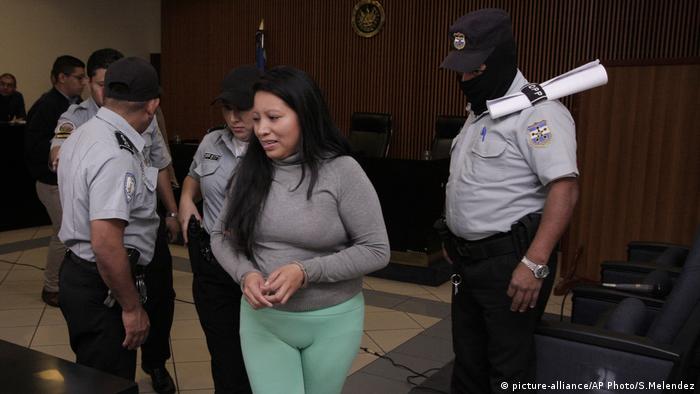 The case has drawn attention to the country's tough anti-abortion laws.

Read more: Half of all abortions carried out in unsafe conditions 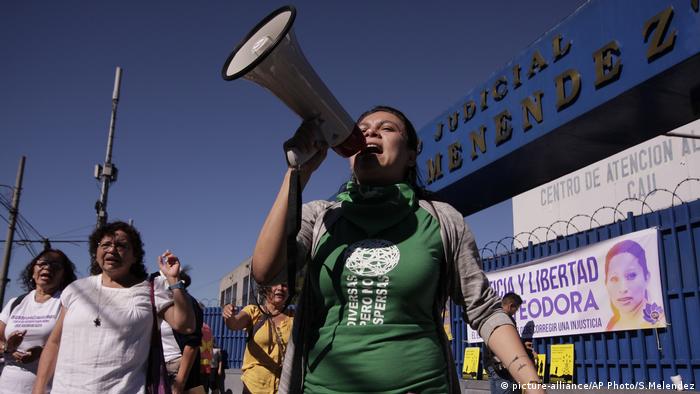 In a statement, UN human rights spokeswoman Liz Throssell criticized the tough sentences handed down in similar cases, saying: "It is absolutely astounding, astonishing, appalling that these women are in essence being convicted of having a miscarriage, having a child stillborn."

At the sentencing, the chief prosecutor said: "The sentence does not contain errors, is well-founded and therefore I request that a review called for by the defense be declared void and that the (prison) sentence remains in place."

Erika Guevara-Rosas, Americas director of rights watchdog Amnesty International, called for women convicted under such laws to be let out of prison, saying: "All women and girls imprisoned for having had an abortion or experiencing obstetric emergencies should be immediately and unconditionally released, and the law must be repealed without delay."

How many women have been convicted: At least 159 women have received sentences ranging from 12 to 40 years in prison for breaking the country's anti-abortion laws.

Are poor women targeted: According to Throssel, not one "rich woman" has been sentenced under the anti-abortion laws.

Do other countries maintain complete bans on abortion: Besides El Salvador, there are at least seven other countries that uphold an absolute ban on interrupting pregnancies, even in instances of rape and incest, including Chile, Nicaragua, Honduras, Haiti, Surinam, Andorra and EU member state Malta.

What happens next: There are no plans to repeal the tough measures. However, the European Parliament on Thursday called for the release of "all women and girls" jailed under El Salvador's anti-abortion laws.