Authorities are seeking the arrest of ex-President Mauricio Funes and dozens of associates. Funes is living in exile in Nicaragua. 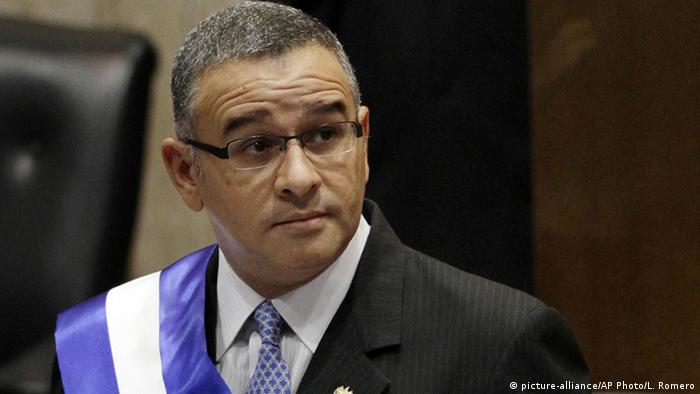 Prosecutors in El Salvador on Friday ordered the arrest of former President Mauricio Funes, accusing him of corruption, money laundering and embezzlement of tens of millions of dollars.

Arrest warrants were also issued for 30 other people from Funes' inner circle, some of whom, like the ex-president, are out of the country.

"In the government of Mauricio Funes there were serious and outrageous cases of corruption in which they extracted $351 million (€298 million) from public accounts," said Salvadoran Attorney General Douglas Menendez.

Funes held office as president for the leftist Farabundo Marti National Liberation Front (FMLN) from 2009 to 2014. He has been living in exile in Nicaragua since 2016.

Menendez said authorities are demanding the former president's extradition from Nicaragua and had notified the international police agency Interpol. Funes was convicted of corruption in a civil court last year.

Funes denies the charges against him and claims they are politically motivated attacks led by President Sanchez Ceren, who is from the FMLN and was vice president during Funes' time in office.

Funes is the third president to have corruption charges leveled against him in recent years.

In May, a judge ordered Elias Antonio Saca, who was president from 2004 to 2009, and six officials to stand trial for embezzlement and money laundering involving more than $300 million. Saca was detained in October 2016.

Francisco Flores, who served as president from 1999 to 2004, died in 2016 while awaiting trial on corruption charges.

Romero was an outspoken advocate for the poor, shot dead at the start of El Salvador's civil war in 1980. At the same sanctification ceremony, German nun Maria Katharina Kasper and Pope Paul VI are also to be canonized. (19.05.2018)

The UN rapporteur on arbitrary executions has urged El Salvador to end what she deems impunity for killings by police. Agnes Callamard also says the country's abortion prohibitions contribute to women's deaths. (06.02.2018)