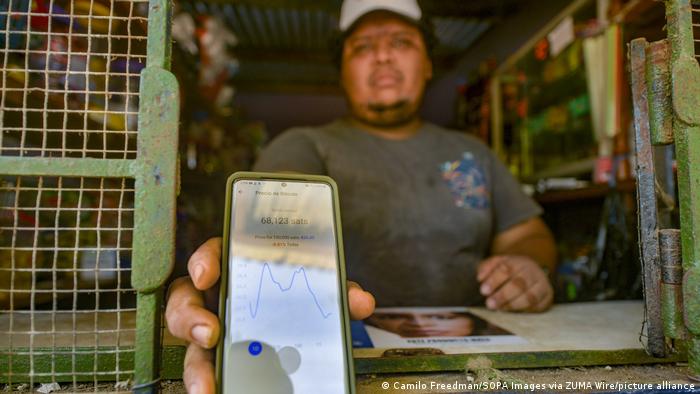 El Salvador became the first country in the world to officially adopt Bitcoin as legal tender on Wednesday, according to a tweet from the president's communication secretary.

Congress passed the "Bitcoin Law" with 62 votes, the tweet confirmed, finalizing the process making the cryptocurrency a legal means to pay in the small Central American country.

In another tweet, President Nayib Bukele celebrated the passing of the law as a moment of "History!"

Bukele was able to get the law passed with the help of his allies in Congress. Opposition parties, which had criticized the speed of the vote, did not back the legislation, AFP reported.

What is the outlook for El Salvador's new currency?

President Bukele announced that his country would adopt the cryptocurrency during a Bitcoin conference on Saturday.

He sees the move as a way of encouraging foreign investment in El Salvador, saying at the time that if just 1% of the world's Bitcoin were to be invested in the country, "that would increase our GDP by 25%."

El Salvador is a low-income country that relies on remittances from nationals abroad. It is hoped that the adoption of the blockchain currency will ease and reduce the costs of those transfers. The country uses United States dollars as its official currency.

The rollout would be handled by the mobile payments app Strike, which recently debuted in El Salvador.

Bukele said that the majority in the country do not have traditional bank accounts, and that the new law will enable people to create online digital wallets with just a smartphone.

However, Bitcoin's value remains volatile, making it unsuitable as legal tender people might rely on to pay for necessities like food and rent. The value of Bitcoin has fallen by more than $25,000 (€20,500) since hitting highs of nearly $65,000 earlier this year.