Egypt's deposed president, Hosni Mubarak, has been convicted on corruption charges by a Cairo court, being sentenced to three years in prison. His two sons have also been found guilty on the same charges. 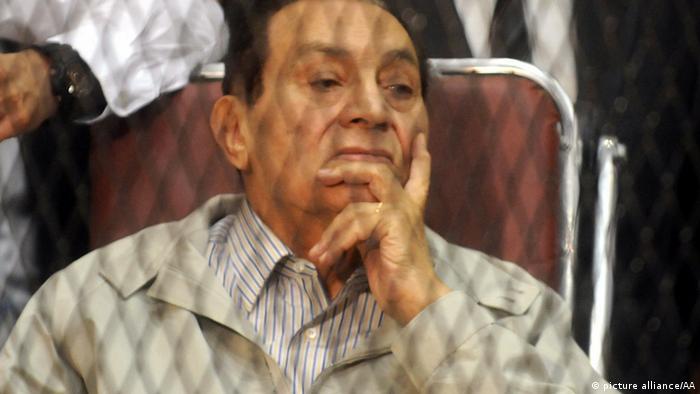 The court in Cairo on Wednesday sentenced Mubarak to three years in prison after he was found guilty of embezzling state funds.

They were all accused of embezzling more than 100 million Egyptian pounds (around 10 million euros) earmarked for the maintenance of presidential palaces.

Instead, the money was spent on upgrading the family's private residences.

The 86-year-old listened to the verdict sitting in a wheelchair inside a caged dock with his sons standing beside him.

Mubarak had been under house arrest at a military hospital since August pending retrial in a case of complicity in the killing of protesters during the 2011 uprising that ended his rule.

It was not immediately clear if the three years Mubarak and his sons had already spent in jail would count toward this latest sentence and, if not, whether Egypt's former president would return to hospital or be sent to prison.

Mubarak's former intelligence chief, Abdel Fattah al-Sisi, is expected to be elected as the country's new president in an election scheduled for next week.