Egypt's domestic intelligence service has detained a German-Egyptian graduate student after a march in support of Gaza, witnesses and his sister said Sunday, Feb. 8. 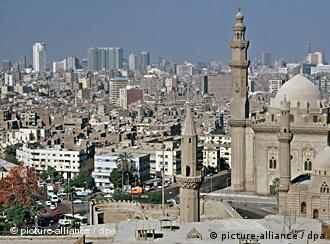 Most of those held by authorities were released, but one German-Egyptian is still in custody

Egypt's State Security Investigations, the country's domestic intelligence service, briefly detained a group of protesters in Egypt's Qalubiya province, northeast of Cairo, late Friday night after the group had marched 10 kilometers (6.2 miles) from Cairo to the neighboring province in a show of solidarity with Palestinians in the Gaza Strip, witnesses told the German news agency dpa.

The security agents released most of the protesters, but carried off Philip Rizk, a German-Egyptian graduate student, blogger, and filmmaker, in a microbus with obscured license plates just before midnight, witnesses said.

Rizk's lawyer, Mohsin Bashir, filed a complaint with the Cairo public prosecutor the next morning, but received no information about Rizk's whereabouts beyond that he was being held in a State Security facility, according to Mostafa Hussein, a psychiatrist with the Cairo rights group the Nadim Center for Victims of Violence, who witnessed Rizk's detention.

In a statement, the Nadim Center said it "condemns this barbaric, mafia-style treatment of citizens."

On Sunday, security agents at the American University in Cairo, where Rizk studies, told students that Rizk was being held at a State Security facility in the north Cairo suburb of Nasr City, Rizk's sister Jeannette said.

"Beyond that, we have had no information," she told dpa. "We're just hoping for the best."

She said that Rizk's family had contacted the German Embassy in Cairo. A spokesman for the embassy confirmed Rizk was being held but did not comment further on the case.

Some activists who were with Rizk when he was detained said they were too frightened to talk on the phone, saying they had received calls from State Security agents.

Rizk, who blogs at Tabula Gaza (http://tabulagaza.blogspot.com) is "passionate" about Gaza and had recently completed most of the work on a short documentary about non-violent resistance to Israeli occupation, his sister told Reuters news agency.

The EU has criticized Israel, and the UN did the same to Hamas, for disrupting aid to the Gaza Strip. Meanwhile, the Palestinian president says only European troops can bring order to the troubled Middle East. (04.02.2009)

World leaders on Sunday called for a durable peace between Israelis and Palestinians and pledged aid and technical support to shore up a fragile ceasefire. Israel meanwhile hinted it was ready for a swift withdrawal. (18.01.2009)