Egyptian activists use Twitter to bust censorship | World | Breaking news and perspectives from around the globe | DW | 02.06.2009

Twitter has created a small revolution with a few clicks on a mobile phone. While it's a way to catch up on the latest gossip, Twitter is increasingly being used by journalists and political activists in Egypt. 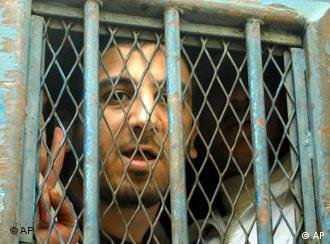 Twitter is the latest way to send a text message. It goes to a collective telephone number and then immediately appears on the Internet, where it can be viewed by or forwarded on to hundreds or even thousands of people.

Similar to blogs or Facebook, this exchange of information is particularly important in countries with little or no freedom of the press. Egypt is one of the places where Twitter has caught on quite successfully. There, it has become one of the most important tools of communication for the political opposition.

"Arrested" - that was the one-word text message that American journalist James Buck sent when he was apprehended by Egyptian police on April 10, 2007. Thanks to the Internet service Twitter, the news reached hundreds of people within minutes. Egyptian activists immediately alerted the authorities in the United States, who jumped into action. 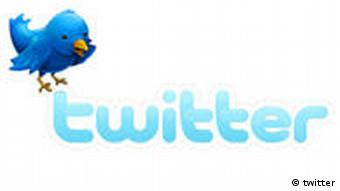 After only 24 hours in Egyptian detention, Buck was able to send another one-word text message, which read, "Free."

"That's the way it is when you join a demonstration in Egypt,” said a cyber-activist whose pseudonym Sandmonkey is the only name he is known by. ”Suddenly, there's huge chaos, and then the police is there and starts arresting people."

In this kind of situation, it's important to inform other people as quickly as possible about the latest developments, including lawyers and human rights groups. James Buck's case made the news all over the world. The headline in the US paper Washington Post read, ”Held by Egyptian authorities? Time to tweet.”

Egyptians won't forget the protests of April 2007, which spread across the whole country. Opposition groups had called for a national strike, to show solidarity with textile workers who were on strike in the provincial capital Mahala. Violent clashes between activists and the police went on for days. Three people died, hundreds were injured.

James Buck was one of the few journalists who had managed to get to Mahala to report about the protests. His text - “arrested” - is probably the most famous text message in the history of the Egyptian opposition movement.

Amr Ghrabei, one of the pioneers of the cyber dissident scene recalls another famous tweeting incident. At a demonstration in Cairo, the activist Malek Mustafa had been taken away in a police car.

“Thanks to Twitter, different groups of activists kept track of the path the car was taking," Ghrabei said. From his home computer, the activist published the various Twitter messages on the homepage of the opposition movement Kifava.

"Because of that, they actually managed to surround the police car and finally had Malek released," added Ghrabei.

In Germany, too, protesters who are arrested during a demonstration call out their names, so that their colleagues can make sure they get legal assistance. Twitter has made it safer for protesters to let people know what is happening to them.

That is even more vital in a county like Egypt, which has been under emergency law for decades. If they don't get sufficient legal assistance, protesters are completely at the mercy of the authorities. Police harassment is frequent there, and cases of torture have even been reported. 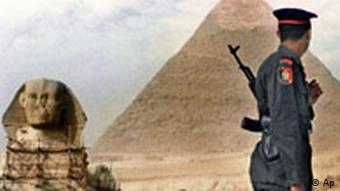 Egypt has been unter emergency law for decades

Twitter also makes reporting easier for journalists on the ground, said Sandmonkey, since they can right text messages on the spot and don't need access to a computer.

"During these protests, all you needed to do was go online, and you were really well informed about the latest developments, because there were activist twittering everywhere," added Sandmonkey, whose blog has become one of the most important independent sources of information in Egypt.

Nevertheless, Twitter has its drawbacks, too. What started out as a free service now costs money to use.

Also, the text limit of 140 characters poses a challenge to those used to writing long-winded blogs.

"Twitter helps you to be lazy," said Sandmonkey. "Instead of posting a long text in my blog, I simply write a short tweet or two, that's it."

But that hasn't stopped some ambitious twitterers from developing poetry and story forms tailored specifically to the medium.

Facebook and Twitter are changing the ways people communicate and how users can stay up-to-date with Deutsche Welle's English news and analysis. Find out how they work here. (16.04.2009)