Even as the Moldovan government refused entry to foreign journalists, new media tools including Twitter and Facebook are playing key roles in organizing protesters at demonstrations in the Moldovan capital. 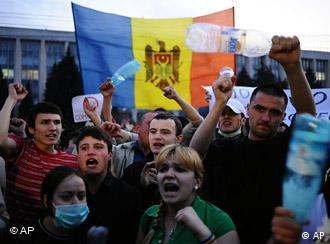 Social media platforms helped protesters know when to show up where

Protests of around 15,000 people against disputed legislative elections seemingly materialized out of nowhere on Monday and Tuesday in central Chisinau after an SMS campaign initiated by critics of the government.

Sergei Muntian, a 22-year-old protestor, told the AFP news agency that the outpouring began after many people received an SMS that said: "Come fight the Communists in the front of the government building. Pass this message on."

After protests turned violent on Tuesday, cell phone service in the areas surrounding the demonstrations was not available. Whether disruptions were initiated by authorities to stem protesters' ability to communicate or if phone networks were overloaded by the massive crowds gathering in the capital of Chisinau remains unclear. 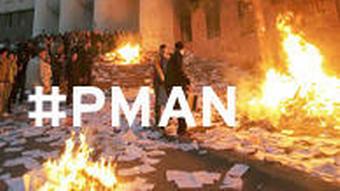 Twitter users flagged their messages with the label #pman

Messages on Thursday said NGOs and student groups were planning protests at Avram Iancu Square and linked to YouTube videos of demonstrators reporting cases of abuse by the police.

Using the searchable keyword #pman, named after Chisinau's central square's Romanian name Piata Marii Adunari Nationale, Twitter postings, called tweets, have flooded the online service so much that the protests have been dubbed the "Twitter Revolution."

"Chisinau surrounded by troops," a user named robintel posted Wednesday on the micro-blogging service Twitter. "People are protesting. The US said the elections were OK. Not nice." 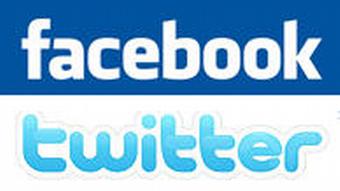 The protests were spearheaded by a committee of activists called "I am an Anti-Communist" and their size came as a surprise not just to the government but also to mainstream opposition parties that lost Sunday's election.

"Using the Internet we managed to gather 15,000 people on the square in a few minutes," Natalya Morar, one of the leaders of the committee, told reporters.

Twitter and Facebook posts, though often not verified by independent sources, are proving to be a major source of information about developing events in Chisinau. Some 18 journalists working for Romanian and international media were prevented from entering Moldova on Wednesday, and other Romanian journalists were sent back from Chisinau airport, according to Reporters Without Borders.

Wide-spread use of mobile phones and text messaging was seen to be a central element in the success of the 2004 Orange Revolution in Ukraine as well as protests in Belarus in 2006. Internet-based media platforms also provided nearly instantaneous reports from terror attacks in Mumbai, the crash landing of a passenger plane in the Hudson River near Manhattan, and an earthquake in China.

But despite the large amount of updates emerging via social media from Chisinau, bloggers in eastern Europe have also complained about the lack of information getting in.

Since (the media) have no facts to report, they published an article about the social networking aspects of the protests," wrote Kyiv-based, American blogger Ann M. Merrill. "Please. Give me some real news!"

Moldova’s ruling Communists have come up one seat short of a three-fifths majority. For the first time ever, they will need to negotiate with the opposition to find a compromise presidential candidate. (09.04.2009)

The current unrest in Moldova over disputed election results has turned the international spotlight on the small former Soviet state and its complicated relationship with Europe and Russia. (08.04.2009)

Moldovan riot police have regained control of the president’s office and parliament building after they were ransacked by protesters claiming last weekend's elections were rigged. (08.04.2009)