A majority of Egyptians voted "yes" to a new draft constitution, unofficial results showed Sunday. State TV reported that 63.5 percent of the ballots cast in the two-stage referendum were in favor of the charter. 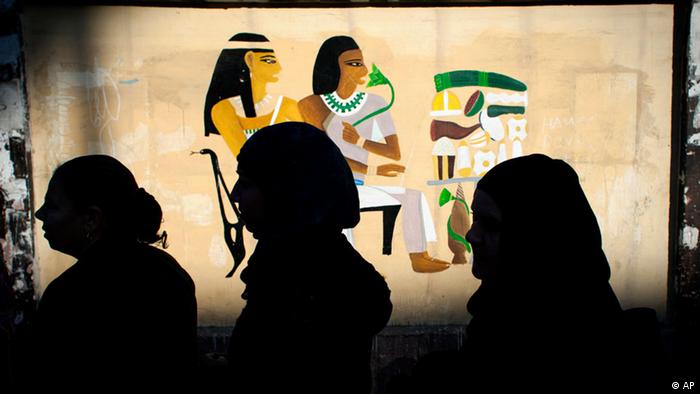 Nearly 71 percent of those who voted in Saturday's final phase of the referendum approved the draft, the broadcaster said. No specific date has been set yet for the official results.

Voters had reportedly turned out in large numbers, although reliable turnout figures were not available early Sunday. The referendum's second round had involved 17 provinces, many of them rural. Queues in Giza, Port Said and Luxur prompted four-hour polling extensions. Saturday's voting had been open to half of Egypt's 51 million voters.

Riot police fired tear gas to separate clashing protesters in the port city of Alexandria in northern Egypt on Friday. The violence comes on the eve of the second round of voting on a controversial draft constitution. (21.12.2012)

An official of the main opposition National Salvation Front said exit polls had also shown the draft constitution passing, according to Reuters.

If declared valid, the new constitution would require fresh parliamentary elections in about two months.

Egypt's opposition had accused President Mohammed Morsi of pushing through a text that favors Islamists and ignores the rights of minorities such as Christians as well as women.

Islamist backers of Morsi said the proposed constitution was vital to move toward democracy, nearly two years after the ouster of former president Hosni Mubarak.

Some voters said they hoped the referendum's outcome would bring stability after months of unrest. The head of the liberal Free Egyptians Party, Amed Said, said he anticipated "more unrest." 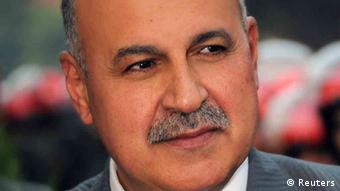 Hours before polling ended, Egypt's vice president Mahmoud Mekki tendered his resignation, saying that as a prominent judge he felt uncomfortable in politics. Under the draft constitution, the vice presidential post would disappear.

His main opponents from liberal, socialist and other parties said they would refuse to occupy any upper house seats.

"We will never accept such (a) thing," said Hussein Abdel Ghani of the opposition National Salvation Front.

The lower house, which was dominated by Islamists, was dissolved earlier this year after a court declared the rules by which it was elected as unconstitutional.

The new basic law says sharia law would remain the main source of Egyptian legislation. The president would be limited to two four-year terms in office.

Earlier in December, confrontations between proponents and opponents of the draft constitution resulted in eight deaths. On Friday, Islamists and rivals hurled stones at each other in Alexandria. Two buses were set alight.