An Egyptian court has sentenced 28 people to death for their involvement in the murder of the country's chief prosecutor in 2015. Hisham Barakat was killed in a car bomb after jihadists called for attacks on judiciary. 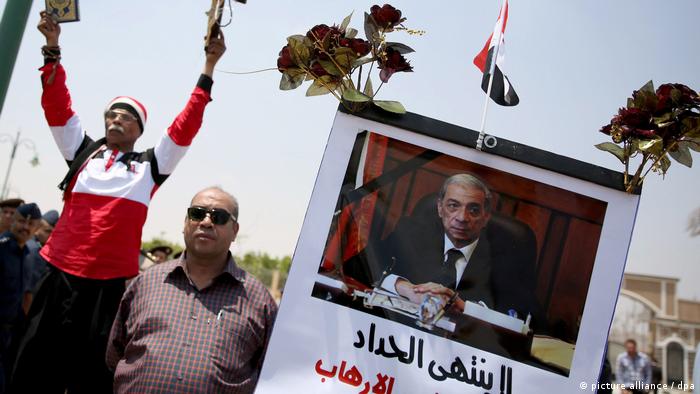 The Cairo Criminal Court also handed down jail sentences ranging from 10 years to life to 38 co-defendants in the same case. Of 67 defendants, 15 are still at large. The ruling can be appealed.

Barakat was killed in 2015 in a car bomb attack in Cairo after Egypt's powerful military toppled former president Mohammed Morsi's elected government in 2013. Morsi's Islamist supporters had vowed to avenge it by increasing attacks on pro-military officials and judiciary.

No group claimed responsibility for Barakat's assassination, but police later said the perpetrators were members of the outlawed Muslim Brotherhood organization.

Last year, Egypt's Interior Ministry released a video showing several young men confessing to having received training from the militant Hamas group in Gaza. The defendants later retracted their statements and alleged the police tortured them to make confessions.

Egyptian courts have sentenced hundreds of Morsi followers since 2013. Rights groups say the trials do not meet international standards of justice.

Morsi became the first democratically-elected president of the country in 2011 after the end of Mubarak's decades-long rule, but was ousted by Egypt's powerful army following a mass uprising against him in 2013. Army head Abdel-Fattah el-Sissi was subsequently elected president.