US, French and Czech peacekeepers were killed when the aircraft went down due to technical problems. Strategically important, the Sinai has become the scene of intense fighting between multinational forces and Islamists. 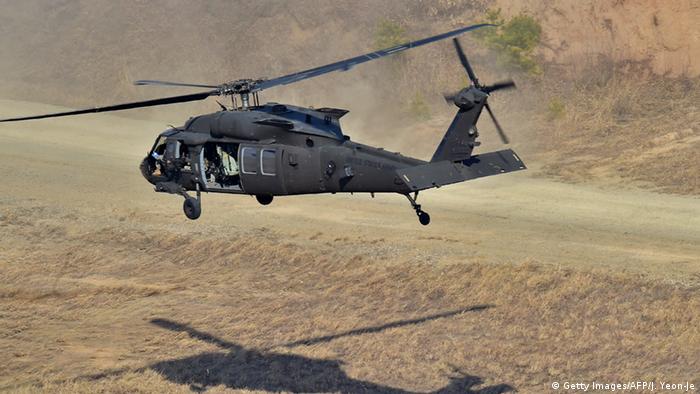 The helicopter that crashed was a UH-60 Black Hawk

"During a routine mission in the vicinity of Sharm el-Sheikh, Egypt, nine members of the Multinational Force and Observers (MFO) were involved in a helicopter crash," the force said in a statement posted on its website.

"At this point, there is no information to indicate the crash was anything except an accident," the MFO said. Brad Lynch from the MFO said the mission was "actively investigating an incident involving one of our helicopters today," without providing further details. US President-elect Joe Biden tweeted his "deep condolences to the loved ones of the peacekeepers, including six American service members, who died on Tiran Island."

Biden also wished "a speedy recovery to the surviving American."

According to its website, the MFO has 1,154 military personnel from the United States and 12 other countries covering an area of more than 10,000 square kilometers (3,860 square miles) in the Sinai. It is not linked to the United Nations (UN).

The US-led Multinational Force and Observers (MFO) was originally deployed to the desert peninsula in the early 1980s to monitor Egypt's 1979 peace deal with Israel.

Its responsibilities include monitoring troops levels along Egypt's border with Israel and ensuring freedom of navigation through the Strait of Tiran. Although unpopular among many Egyptians, the mission has led to billions in US defense aid, making foreign troops on its sovereign territory somewhat more palatable.

In a statement of condolence Thursday, Israeli Foreign Minister Gabi Ashkenazi described the MFO as "extremely important ... to maintaining security and stability."

The Sinai, known for its tourist sites, has also been the scene of increased activity by terrorists associated with the so-called Islamic State (IS). In February, North Sinai was the focus of operations against militants and official figures suggest more than 930 suspected terrorists and dozens of security personnel have been killed in the area since. Strategically vital, the Red Sea island of Tiran was officially ceded to Saudi Arabia in 2017, as part of a maritime agreement.

The operation targets militants in the North Sinai province, which has borne the brunt of the extremist violence. President Abdel-Fattah el-Sissi asked the military to "use all necessary force" to end jihadi attacks.