Egypt: Sarcophagus remains not those of Alexander the Great

Many Egyptians feared that the opening of the sarcophagus, which some thought could contain the bones of Alexander the Great, would unleash a 1000-year curse. The Ancient Greek ruler died in 323 BC. 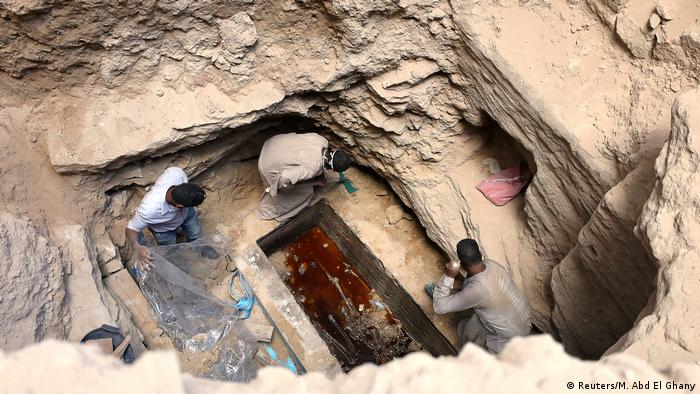 Hopes of finding the remains of Ancient Greek ruler Alexander the Great were lost on Thursday, when archaeologists opened a sarcophagus in Alexandria, Egypt. The coffin is the largest ever found in the Mediterranean city, which prompted theories and speculation about whether it might be his final resting place.

Alexander the Great died in 323 BC in Babylon, and his remains have never been found.

Egypt's Ministry of Antiquities had previously dismissed the notion that Alexander's remains were inside the sarcophagus.

Mostafa Waziri, secretary-general of the Supreme Council of Antiquities, attended the coffin opening. "We found the bones of three people, in what looks like a family burial... Unfortunately, the mummies inside were not in the best condition and only the bones remain," he said. 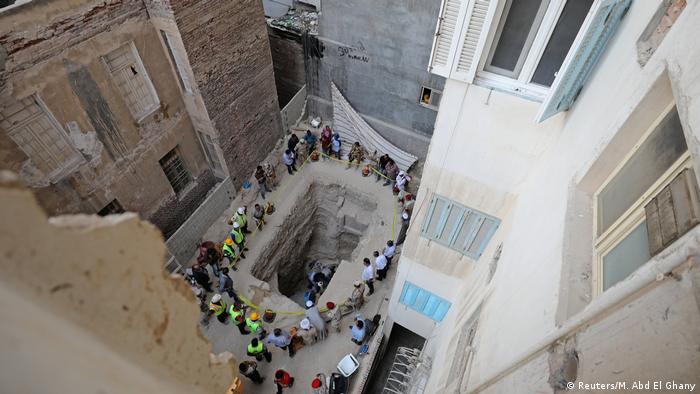 The excavation site in Alexandria, where an apartment complex was to be built

Waziri added that some of the remains had disintegrated, due to sewage water from a nearby building that had leaked in through a small crack in one of the sides of the tomb.

The opening of the long-sealed sarcophagus left many in Egypt fearful of the possibility that the act could unleash a 1,000-year curse. But Waziri was undeterred. "We've opened it and, thank God, the world has not fallen into darkness," the Antiquities Minister said.

"I was the first to put my whole head inside the sarcophagus... and here I stand before you ... I am fine," he added. 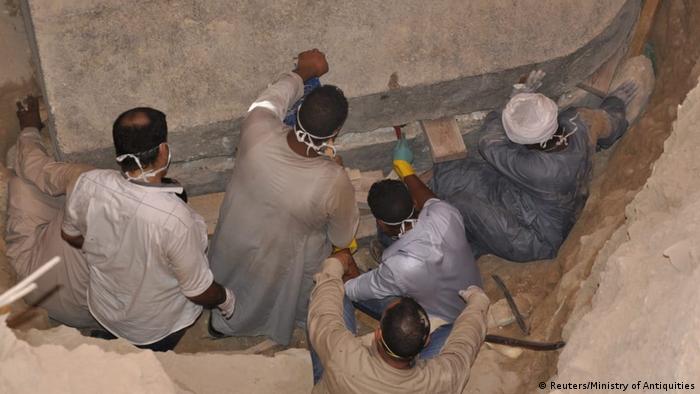 A flurry of archeological finds

The discovery of the burial vessel in Alexandria is the latest of several archaeological finds this year in Egypt, which include a 4,400-year-old tomb in Giza and an ancient necropolis in Minya, south of Cairo.

On Thursday, archaeologists also discovered an ancient pottery manufacturing workshop in the southern province of Aswan, which also dates back more than 4,000 years.

At the Aswan site, archaeologists found an ancient pottery manufacturing wheel made of a limestone turntable and a hollow base. 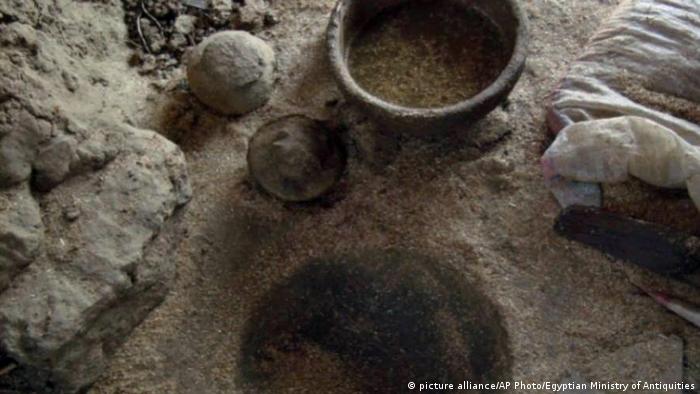 The pottery workshop in Aswan is the oldest in the Old Kingdom, 4th dynasty

Waziri said the discovery was "rare" and helps reveal more about the development of pottery manufacturing and the daily lives of ancient Egyptians during the Old Kingdom, which belongs to the 4th Dynasty, spanning 2613 to 2494 B.C. The Old Kingdom is a time period best known for pyramid building.

Still reeling from the political turmoil that followed the 2011 Arab Spring uprising, Egypt is hoping to revive tourism, once a major economic activity. In recent years, the Antiquities Ministry has focused on ancient discoveries in the hopes that promoting the country's rich history will help the battered tourist industry.

Measuring at least 30 meters in length, the sensational uncovering of a cavity within the 4,500-year-old Cheops Pyramid in Giza, Egypt poses an ancient riddle for researchers. (02.11.2017)

It's from between 300-325 BC and could contain the remains of an ancient Greek celebrity. Here's why the Alexander the Great-era tomb found in Amphipolis is such a significant discovery. (09.09.2014)