Six men with alleged ties to a terrorist group were hanged in Egypt after being sentenced in a military tribunal. Three of the men, however, were arrested before the crimes they were charged with were committed. 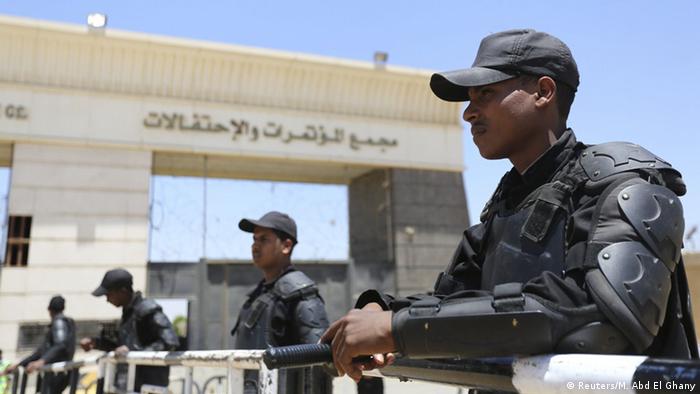 Egypt hanged the six men for alleged ties to the Sinai-based militant group, formerly known as Ansar Beit al-Maqdis which has pledged allegiance to the "Islamic State" in 2014, the state-run news outlet Al-Ahram reported on Sunday.

The men were found guilty of planning terrorist operations, targeting security forces, and being members of a terrorist-designated organization. The military court said they involved in an attack on a military checkpoint that left six Egyptian soldiers dead and another on Cairo's security directorate in 2014.

Police arrested the men during a raid on an alleged terrorist cell in March 2014, which left two police officers dead. Six militants were killed while eight others were arrested following a firefight.

However, Human Rights Watch (HRW) said it obtained copies of telegrams sent to prosecutors in December 2013 by family members of two of the convicted men demanding their whereabouts.

"Three of the men now facing execution could not have participated in any of the attacks for which they were sentenced to death because authorities arrested them months earlier and were still holding them in detention at the time, said their relatives and Ahmed Helmy, their lawyer," HRW said in a statement released in April.

Helmy added that three of the men had been arrested in November 2013.

"Egypt's courts have routinely abandoned due process, but if these executions go ahead it will represent an egregious new low. Civilians should never face trial before military courts or face execution as a result," Sarah Leah Whitson, HRW's Middle and North Africa director, said in a statement before the executions.

The military court also handed down a death sentence in absentia while two other men were given lifetime sentences.

The hanging comes a day after former President Mohamed Morsi was sentenced to death by an Egyptian court.

Egypt's largest crackdown on Islamists came on the heels of Morsi's ouster in June 2013 by a military coup headed by former defense chief President Abdel-Fattah al-Sissi.

However, little is known about the Sinai conflict except for uncorroborated statements by Egyptian defense officials due to limited access to the area.