A criminal court in Cairo has sentenced 22 people to death, convicting them of storming a police station near the capital on the day of the military overthrow of former President Mohammed Morsi of the Muslim Brotherhood. 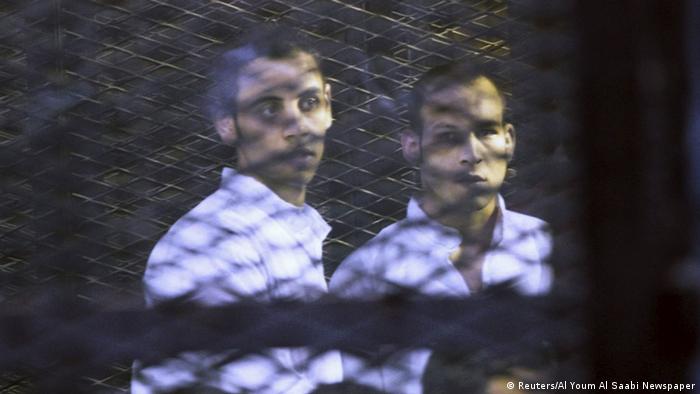 Just one day before a verdict was expected against former President Mohammed Morsi, a court in Cairo sentenced 22 Morsi supporters to death for an attack on a police station outside the capital.

One policeman was killed in the attack in the restless town of Kerdasa to the west of Cairo, which took place on July 3, 2013. On that day, Egypt's army, led by General Abdel-Fattah el-Sisi, who is now the president, removed the democratically-elected Morsi from power. This followed major public protests against Morsi's government.

The accused were charged with crimes including murder, attempted murder, possession of unlicensed firearms and destruction of property. Fourteen were present for the verdict, while the remaining eight were convicted and sentenced in absentia; they remain on the run. The ruling, which can be appealed, also sentenced a minor involved to 10 years in prison. 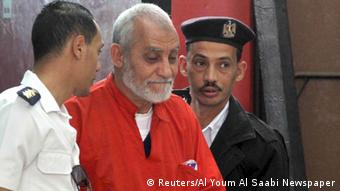 Since the ouster of Morsi, who represented the political arm of the Muslim Brotherhood, Egyptian authorities have again outlawed the longstanding Islamist movement. The Brotherhood was an illegal underground movement for years under authoritarian former President Hosni Mubarak.

More than 22,000 people have been arrested since Morsi's ouster, including most of the Brotherhood's political and religious leadership. The government in Cairo has been sharply criticized for a string of mass death sentences, often issued dozens at a time after only the most cursory trials.

Morsi himself is facing five separate trials on charges that can carry the death penalty; a verdict is expected in the first case against him as early as Tuesday of this week.