The row between Egypt and Ethiopia over water from the River Nile goes back many years. Now it is escalating as Ethiopia forges ahead with the construction of a huge dam. But there is more to the dispute than just water. 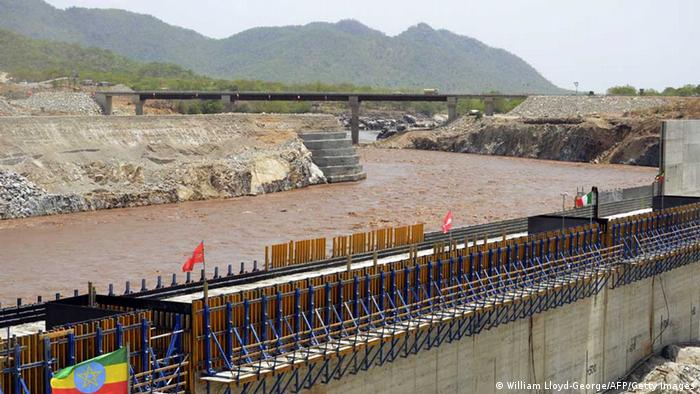 For decades Egypt and Ethiopia have been at loggerheads over the question of water rights and the River Nile. Ousted President Mubarak made it plain that any attempt by Ethiopia to restrict Egyptian access to the Nile would leave his country with no alternative to "confrontation, in order to defend our rights and our lives."

Mubarak's successor Mohammed Morsi is no less emphatic. "We do not want a war, but we are keeping all options open," he said.

The response from the late Ethiopian prime minister Meles Zenawi was succinct. "If Egypt wants to prevent Ethiopia from using water from the Nile, then it must occupy our territory - and that's something no country in the world has ever done." 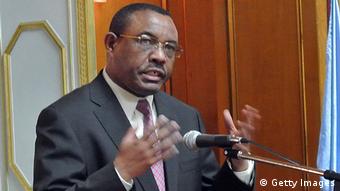 His successor Hailemariam Desalegn added recently that "nothing and no one" would stop construction of the dam.

At the center of the dispute is "The Grand Renaissance Dam" project, currently under construction on Ethiopia's upper stretch of the Blue Nile, close to the border with Sudan. The dam is a source of anger to Egypt which fears the amount of water flowing into its territory will be reduced. By virtue of its sheer size and capacity, the Great Renaissance Dam dwarfs all previous dam and irrigation projects. Construction costs are put at $4.2 billion (3.2 billion euros).

When it is completed, the turbines will generate 6,000 megawatts of electricity, making Ethiopia the biggest energy-producer on the African continent. The project is as important for the government in Addis Ababa as the Three Gorges Dam is for China. It is a highly political prestige project, partly financed by deductions to the salaries of state employees.

The government insists that the gigantic dam can be built without financial aid from abroad. However it has accepted credit from China of more than a billion US dollars for power cables. 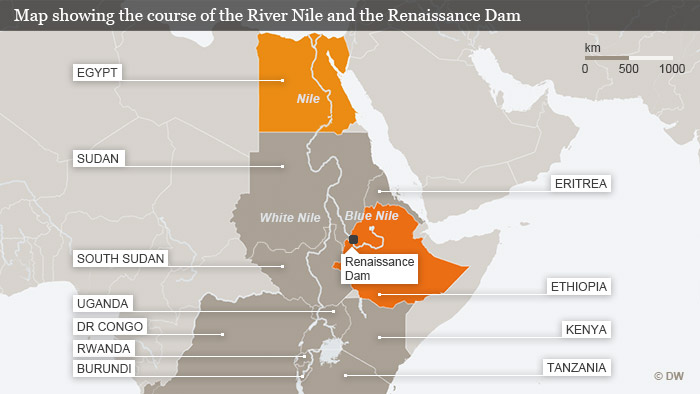 The dispute between Egypt and Ethiopia goes back to two agreements from 1929 and 1959. Colonial power Great Britain accorded the water of the Nile in its entirety to Egypt and Sudan for agricultural use. In addition, Egypt was given the right to veto any upriver construction projects.

This left Ethiopia literally high and dry. The source of the Blue Nile is located in Ethiopia but it flows mainly through the highlands and can only irrigate fields to a limited degree. Lower down, the combined water masses of the White and Blue Nile flow through Egypt, irrigating fields and ensuring good harvests, while in Ethiopia millions of people are starving.

One fifth of the Renaissance Dam is now complete. In May 2013 alarm bells began ringing in Cairo when the Ethiopians began to divert the Nile into a new course, so that the dam walls could be built. However, a ten-member committee of experts had previously come to the conclusion that Egypt need not fear any longterm consequences for its water supplies.

Will there be a water war?

Despite the experts' assurances that there is nothing to fear, the row is escalating. On Egyptian TV politicans were recently seen discussing radical measures such as blowing up the dam or supporting Ethiopian rebel groups. Later they claimed they had not known the cameras were on.

For neutral observers, the feeling is growing that the dispute is not so much about the Nile as about the problems of both leaders, Morsi and Desalegn. Both are unpopular in their respective countries, particularly among the young. 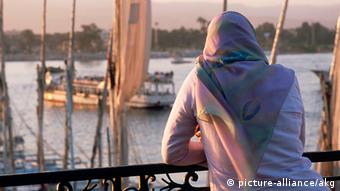 Both seem to be trying to score points with nationalistic speeches and verbal sabre-rattling. Experts see no real risk of the two going to war.

But if that were to happen, the Egyptian military would face a highly disciplined Ethiopian army. There would also be logistical problems, not least the fact that the two countries do not share a border. "Threats from Cairo to sabotage the dams have aways turned out to be bluffs in the past," says conflict researcher Ashok Swain from Uppsala University in Sweden.

An offer to mediate by the African Union was brusquely rejected by Ethiopia. The Egyptian foreign minister is now expected in Addis Ababa in the next few days. Ahead of his visit, a spokesman for the Ethiopian government said that Ethiopia was "not intimidated by Egypt's psychological warfare" and would not delay dam construction "by one second."

To underline this further, on Thursday (13.06.2013) the Ethiopian parliament unanimously passed the Entebbe Agreement of 2010 which is intended to replace the disputed agreements from the colonial era. And Ethiopia is not alone. Other Nile states, Rwanda, Tanzania, Uganda, Kenya and Burundi, have ratified the new agreement. The Democratic Republic of Congo and South Sudan have indicated their intention to follow suit. Eritrea has observer status. All in all, the prospects for Egypt do not look good.

There is a practical solution which was first made some time ago. Egypt could make more efficient use of the water from the River Nile. At the moment the water flows through ancient irrigation systems. If Ethiopia's dam were to cause any reduction in the amount of water, the Egyptians could compensate for this by modernizing their equipment. But such a proposal would probably not be well received by the Egyptian electorate.

On 21 September 2012 Hailemariam Desalegn was sworn in as Ethiopia’s prime minister. He was regarded as a compromise candidate and many Ethiopians expected more political freedom. 100 days on, hope is fading. (04.01.2013)

The Gibe III dam in southern Ethiopia is a controversial project. Now the World Bank has come under fire over its plans to finance a power line from Ethiopia to Kenya which critics say could be fed by the dam. (16.08.2012)

Environmentalists have long opposed dams, which can flood forests, endanger species with extinction and displace communities. A new set of sustainability standards for dams has not seemed to gain many friends. (22.03.2012)