The jobless rate in Germany declined to a new all-time low in February, underscoring the strength of the country's labor market that is fueling a consumption-led upswing in Europe's biggest economy. 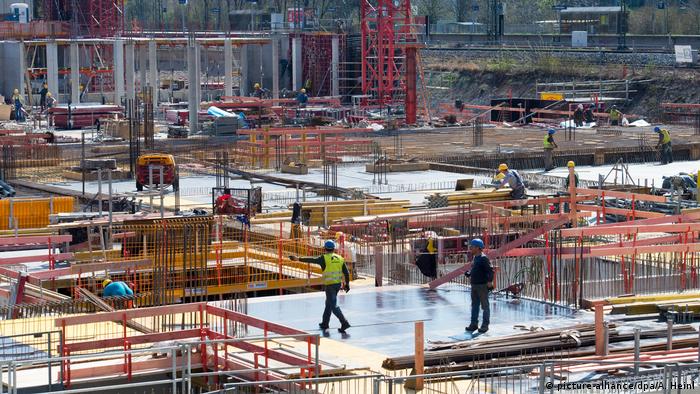 The number of people without work in Germany fell by another 25,000 people in February, compared with the previous month, driving down the nominal unemployment rate from 5.8 percent to 5.7 percent.

According to the latest figures released by the German Federal Labor Agency (BA) on Wednesday, about 2.55 million people were registered as jobless, which was 216,000 fewer than in the same month a year ago.

In figures adjusted for seasonal swings, Europe's biggest economy added 22,000 new jobs in February, with the unemployment rate holding steady at 5.4 percent — the lowest since German reunification in 1990.

In the opinion of BA, the robust labor market is likely to continue supporting a consumption-led growth cycle in Germany where a rebound in exports and increased company investments have recently kicked in as additional growth drivers.

As a result, seasonally adjusted employment as measured by the International Labor Organization climbed to a record 44.54 million in January, separate data released by BA showed.

After a decade of wage restraint on the part of German labor unions, they are now seeking to capitalize on the jobs boom by pushing for huge salary increases in wage talks with employers.

In a benchmark bargaining agreement for industries nationwide, the powerful IG Metall metalworkers' union this month won a 4.3-percent wage hike for its 3.9 million workers, as well as the right to more flexible working hours. White-collar union Verdi is currently seeking a pay rise of 6 percent for the country's public sector employees.

But in February, formerly buoyant business and investor confidence surveys deteriorated more than expected as a stronger euro clouded the outlook of exporters and investor morale also fell.

In its wake, a consumer sentiment survey by the GfK institute showed on Wednesday that the cheerful mood among shoppers darkened slightly heading into March, suggesting political concerns could be weighing on household spending.

GfK's consumer sentiment indicator, which is based on a survey of around 2,000 Germans, slipped to 10.8 points going into March from 11.0 in February, which was the highest level since 2001. GfK researcher Rolf Buerkl pointed to the political uncertainty since last year's inconclusive federal election as a factor behind the drop in all three components of the indicator.

"The political turbulence surrounding the formation of a stable, viable government in Berlin may have unsettled consumers," Buerkl said, adding however that consumer optimism among Germans "remains high."

And indeed, despite the sentiment setbacks and rising concern about an overheating of the German economy, all estimates predict the country's gross domestic product (GDP) to expand by at least 2.7 percent this year, which would be the strongest pace since 2011.

Digital Germany - The robots are coming (1)