The European Court of Human Rights said Germany was within its rights to preemptively deport a teen accused of potential extremism. In its ruling, the ECHR rejected the teen's appeal that he would face torture in Russia. 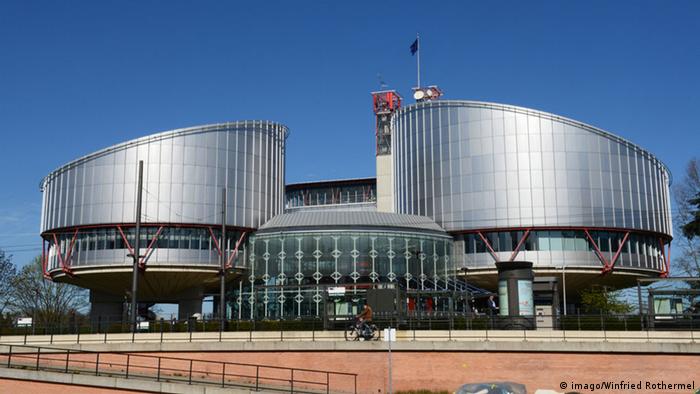 A seven-judge panel at the European Court for Human Rights unanimously ruled on Thursday that German officials had not acted improperly when they preemptively deported to Russia a man suspected of potential extremist tendencies. In September, authorities sent the 18-year-old — identified only as Izmulla A. because he has not been convicted of a crime — to Moscow after the ECHR had lifted an interim order halting the deportation.

Officials in the German state of Lower Saxony placed Izmulla in deportation detention in March after claiming to have found online chats in which the teenager expressed a willingness to participate in an "operation" in Germany. Police also said they had uncovered videos by the "Islamic State" militant group on the teenager's laptop and mobile phone.

Born in the Caucasus republic of Dagestan but raised in the northern German city of Bremen, the teenager had argued that authorities would place him at risk of torture if they deported him. In July, Germany's Federal Administrative Court declined to hear an emergency appeal by Izmulla's attorneys. The Constitutional Court, which ruled in July that there is nothing unconstitutional about preemptive deportation, backed the other German court's decision.

At the ECHR, German authorities maintained that, though rights groups have reported rampant torture in Dagestan and Chechnya, the teenager had had no links to the conflicts in the republics and would not likely face violence if deported to Moscow. On Thursday, the ECHR ruled that German courts had "fully considered" the possibility of torture and correctly concluded that deporting the teenager to Moscow would not put him at risk. Izmulla A. has no course for further appeal.

In March, officials ordered the deportations of two men who were born and raised in Germany but are not citizens, as well as a man who was found not guilty of charges of potential terror, but was retried for "falsifying documents."