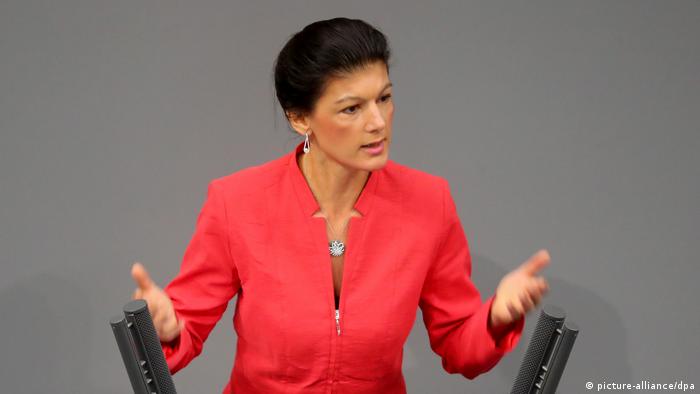 Guess who uttered the following words: "In addition to the uncontrolled border opening, there's a police force that has been downsized to the point of inefficiency, that neither has the personnel nor the technical resources which would enable it to cope with the current threat situation."

No, they didn't come from Germany's right-wing "Alternative for Germany" (AfD), but from the Left party. To be more precise, from Sahra Wagenknecht (pictured), its parliamentary chairwoman. Interviewed by weekly magazine "Stern," the controversial Left party frontwoman claims that Chancellor Angela Merkel is partly responsible for the Berlin Christmas market terror attack on Breitscheidplatz, in the course of which 12 people were killed in December. The Chancellor's foreign policy, she went on, was equally disastrous; namely, "oil wars fought by the US and its allies that are supported by Merkel and that led to the birth and strengthening of the "Islamic State" in the first place."

Applause from the wrong crowd

Although these statements did not emanate from the AfD camp, the latter hooted instant approval. North Rhine-Westphalia's AfD chairman Markus Pretzel, who recently married AfD national chairwoman Frauke Petry, wrote on Twitter: "A smart woman. And I'm not refering to Merkel." It was Pretzel who, immediately after the attack, had created a stir writing on Twitter: "These are Merkel's casualties." This is not the first time that Wagenknecht has received applause from the wrong crowd. 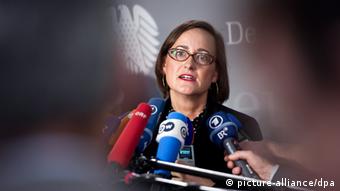 Martina Renner: 'That shouldn't be our business'

Within her own party, however, there were reactions of a different kind. Foreign policy expert Stefan Liebich distanced himself from Wagenknecht telling the "Frankfurter Rundschau" newspaper: "I don't share her position on this issue." After all, in its party platform, the Left party demands that those who are looking for protection must not be turned away. This was no distant vision, Liebich added, but a guiding principle of the Left party's actions today: "This is supported by a vast majority within our party and parliamentary group."

Martina Renner, a Bundestag member from Thuringia, also distanced herself from Wagenknecht's opinion. She told the online edition of "Berliner Zeitung" that "personalizing guilt and spreading the myth of the weak state should not be our business." Her colleague, Left party MP, Jan van Aken, pointed out that alleged Berlin truck attacker Anis Amri had entered Germany in July 2015 already; that is, prior to the controversial opening of the border in September that year. 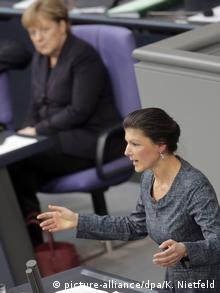 Time and again, the parliamentary chairwoman from the left-hand fringe of the Left party has made headlines with her statements on refugee and asylum policies. For example, recently she told the "Welt am Sonntag" weekly that it was a "left" position to strive for social balance, as opposed to "advocating maximum immigration, or lofty gender discourses which have little to do with the fight for real women's equality."

At the beginning of December, the Left party chose Wagenknecht and her parliamentary co-leader Dietmar Bartsch to lead the 2017 general election campaign . With this, one thing is certain: the wife of former Social Democrat and Left party leader Oskar Lafontaine will continue to cause commotion in both camps - those of her political opponents and her own.