The European Central Bank has finally set a date for the launch of its massive sovereign bond-buying program. The exercise is aimed at lifting financial markets and reversing deflation in the eurozone. 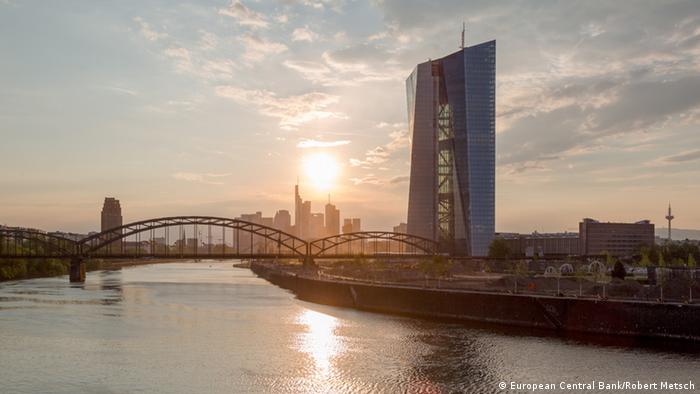 "We will on 9 March 2015 start purchasing euro-dominated public sector securities in the secondary market. We will also continue to purchase asset-backed securities and covered bonds which we started last year," Draghi told a news conference in the Cypriot capital Nikosia.

The new program will see the ECB 'printing' 60 billion euros ($69.7 billion) a month of newly created central bank reserve money to finance these bond purchases. The central bank, as the issuer of the currency, has the unique ability to create money simply by entering numbers into its central accounting spreadsheet.

A boost to financial markets

The net effect of the ECB's bond-buying program will be to flood a lot of cash into financial markets. Banks, pension funds, and other institutional investors will sell bonds to the ECB, and receive fresh money in exchange. They'll need to find a use for all that cash, in the form of some other financial assets to invest in - such as stocks, corporate bonds, or real estate.

The flood of money looking for investable assets will drive up financial asset prices. The ECB hopes that this will have a knock-on effect of boosting GDP growth and consumer price inflation as well.

The ECB is calling it a "public sector purchase program" (PSPP). It is "intended to be carried out until the end of September 2016 and will, in any case, be conducted until we see a sustained adjustment in the path of inflation which is consistent with our aim of achieving inflation rates below, but close to, 2 percent over the medium term," Draghi said.

Turning on the ECB's monetary firehose

PSPP is the ECB's version of a monetary policy approach called "quantitative easing," or QE, which has previously been implemented by the Bank of Japan, the Bank of England, and the US Federal Reserve. 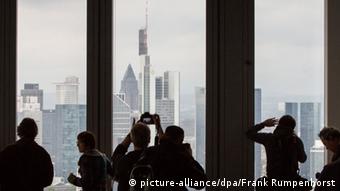 European stock markets have hit new highs since PSPP was announced. Germany's blue chip stock index, the DAX, for example, jumped to a new high of 11,527 points after Draghi's comments.

A drop in the euro was both expected and welcome. It was expected because an increased supply of euros in foreign exchange markets leads naturally to a drop in their value relative to other currencies. It was welcome because a weaker euro will help the eurozone's export competitiveness.

A lower euro means a mild boost to inflation

Dirk Ehnts, a lecturer in economics at Bard College Berlin, told DW that PSPP could provide a modest boost to inflation - and that's what the ECB wants.

By pushing down the value of the euro, PSPP will increase the euro-denominated price of goods and services imported from outside the eurozone. Oil, for example, is traded in US dollars - and Europe imports plenty of it. Oil will get a little more expensive in euro terms.

Draghi wants to boost inflation because right now the eurozone is experiencing price deflation - i.e. 'negative inflation' - at an annualized rate of 0.3 percent.

Deflation is a phenomenon central bankers fear far more than moderate inflation, because people may decide to delay purchases in anticipation of further falling prices. If a lot of people make such decisions, the net result is a self-reinforcing economic slowdown. 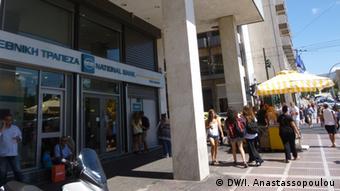 Greece is excluded from the PSPP program, because its ability to borrow new funds is under tight constraints.

Ehnts said that another purpose of PSPP may be Draghi's desire to demonstrate that it is possible for the ECB to buy sovereign debt if it chooses to do so.

That's tricky, because Article 123 of the European Union's Lisbon Treaty explicitly prohibits the ECB from funding eurozone governments by direct purchase of sovereign bonds from their primary issuers.

PSPP sidesteps Article 123 by having the ECB buy sovereign bonds from secondary bond markets, not directly from governments. The ECB also lends money to commercial banks - including, in some cases, money that banks might use to buy government bonds from their primary issuers.

The net effect is that the ECB's PSPP program may result in some indirect funding of fiscal spending.

"Draghi may be intent on showing that the ECB isn't really constrained by Article 123," Ehnts said.

If eurozone countries can indirectly access ECB funding, that means they don't have to fear that private bond markets will impose high interest rates on countries that want to increase their total debt. 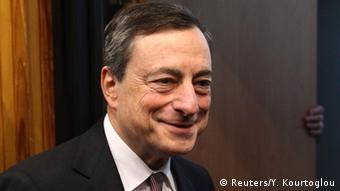 ECB President Mario Draghi, a former VP of Goldman Sachs, is widely credited with having preserved the euro from collapse in 2012

In 2011 and 2012, countries like Spain and Italy that were running large deficits were under severe pressure from private bond market speculators. Interest rates skyrocketed, refinancing sovereign debt was getting impossibly expensive, and there was real concern that several countries would have to abandon the euro.

Then in July 2012, Draghi gave a speech saying the ECB would do "whatever it takes" to preserve the euro. Analysts interpreted this to mean that he would find a way around the constraint of Article 123 - i.e. a way for the ECB to buy sovereign debt.

PSPP is the next move in Draghi's game of "whatever it takes."

"I think Draghi is signaling that the ECB stands ready to support Eurozone governments if they decide to increase their fiscal spending to increase public investment and stimulate employment," Ehnts said.

Just at the moment the ECB's long-awaited move into quantitative easing is finally being launched, the eurozone is showing some signs of recovery. Fourth-quarter GDP growth was 0.3 percent, and Draghi said the ECB had revised its 2015 growth outlook upward from 1.0 to 1.5 percent.

On Thursday, Draghi said that the ECB's moves would support the emerging positive trends.

A record of the European Central Bank's landmark January meeting, when it launched a massive stimulus program, has shown that some Governing Council members disagreed with the move's timing but none with its legitimacy. (19.02.2015)

Inflation in the eurozone has rebounded somewhat, moving closer to positive territory. But the rise in consumer prices is still far from the level found best for monetary stability by the European Central Bank. (02.03.2015)

Presenting its latest economic outlook for the 19-member eurozone, the European Commission has said it's revised an earlier growth estimate to reflect recent improvements. But it may not be out of the deflationary woods. (05.02.2015)