Presenting its latest economic outlook for the 19-member eurozone, the European Commission has said it's revised an earlier growth estimate to reflect recent improvements. But it may not be out of the deflationary woods. 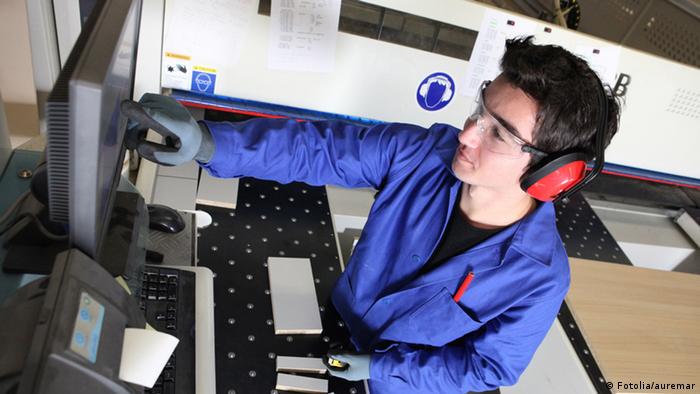 Then EU executive expected growth in the euro area to reach 1.3 percent of gross domestic product (GDP) this year and 1.9 percent in 2016, up 0.2 percentage points from its previous forecast in November.

"The fall in oil prices and the cheaper euro are providing a welcome shot in the arm," Economy Minister Pierre Moscovici said in a statement in Brussels. "But there's still much hard work ahead to deliver the jobs that remain elusive for millions of Europeans."

The European Commission warned that investment activities were still weak, but added that the landmark quantitative easing program by the ECB and a new investment scheme were helping things along.

"Today, Europe stands at a critical juncture," said Valdis Dombrovskis, the Commission's vice-president for currency matters said. "We have to step up the reform momentum to strengthen the recovery and make sure it translates into money in people's pockets."

For Germany, the EU executive penciled in 1.5-percent growth in 2015 and 2.0-percent next year.

The report said the eurozone would most likely slide into a marginal deflation of minus 0.1 percent in 2015, but was hopeful the inflation rate would come in at 1.3 percent a year later.

Inflation is back. Some warn of a return to the 1970s, while others downplay recent upticks, arguing outdated myths are being used to drive opposition to stimulus plans. The truth lies somewhere, as ever, in between.