Eating or heating: the stark choice for many Brits as energy prices soar | Europe | News and current affairs from around the continent | DW | 16.12.2013

Eating or heating: the stark choice for many Brits as energy prices soar

In the UK thousands are struggling with rising energy costs. After last winter’s record number of deaths from cold weather, pressure is mounting on the government to force energy companies to help the most vulnerable. 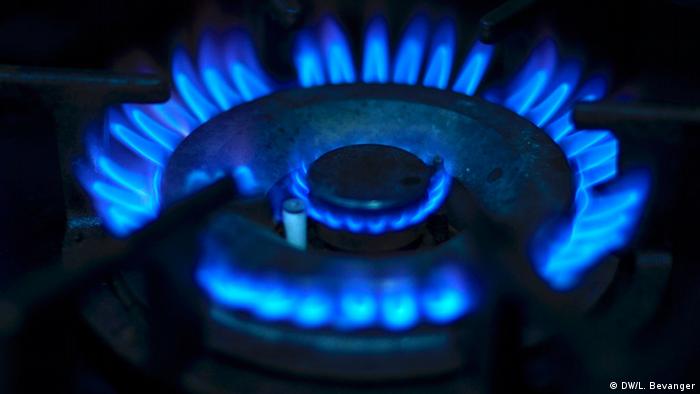 An estimated 31,000 people died from the effects of cold weather last winter, many of them elderly people living in poorly insulated homes and faced with skyrocketing gas and electricity costs.

People have seen their energy bills soar by 150 percent over the past ten years, and some now say they must make a choice between buying food or keeping their homes warm.

"I'd sooner starve to death than freeze to death if it should come to that. Thank God at the moment we're not there yet," 76-year-old Cath Dixon said. Her flat in Longsight, one of Manchester's poorer areas, is badly insulated and very expensive to heat.

"I have to keep it on all day every day, because I have very bad arthritis. I can't be cold, I have no choice in the matter."

But with energy prices rising seven times faster than the average household income, people like Dixon are really starting to feel the strain.

"If it keeps going up at the rate it is then we're going to find ourselves struggling very, very hard indeed," she said. 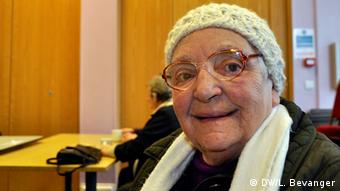 Like 76-year-old Cath Dixon, a fifth of Brits have started wearing hats and scarves indoors to keep warm.

Hats and scarves inside

British energy prices are not above the EU average, but one-fifth of Britons live in brick houses from the early 1900s that retain very little heat. People living in them quickly notice every increase in energy prices on their household budget.

The latest price hike came last month, when most of the UK's six largest energy providers turned up prices by 9 percent, taking the average family's gas and electricity bill to a record 1,573 euros a year.

A recent poll showed a third of UK homes are now cutting back on their power consumption, and that more than one in five families have begun wearing scarves and hats to keep warm inside. Nearly one in four of the 2,000 people polled said they had been rationing food to be able to pay energy bills. One in 10 said they wouldn't be able to buy Christmas gifts for their family this year.

"In all fairness, it's pretty grim," said Joe Malinowski from theenergyshop.com - a website helping people choose the cheapest energy provider. 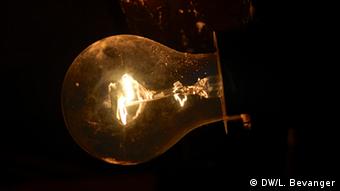 A quarter of those surveyed said they are eating less to be able to pay energy bills.

"What we have is a market largely controlled by six big corporations. There's very little difference in the pricing between the energy companies, and those bills have been rising, year in, year out. Lots of people are suffering because of that."

The price increases have left a record number of people in the UK in so-called fuel poverty - when more than 10 percent of their income goes to pay for gas and electricity in order to keep "an adequate level of warmth."

Meanwhile, the six major energy companies, which provide 98 percent of the UK's domestic energy needs, saw profits leap by 75 percent last year. The companies argue they need healthy profit margins to keep investing in infrastructure - much of which is ageing and expensive to maintain. 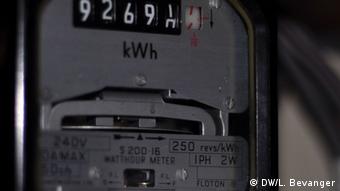 That is not an argument readily accepted by poorer customers like Dixon.

"When you see the profits they're making and the way elderly people are struggling, I think it's an absolute disgrace," she said.

"I do think the government should step in and say enough is enough."

The opposition Labour Party has been quick to make political capital out of the situation, promising to freeze energy prices for two years if it wins the next general election, which must be held by 2015.

The Conservative-led coalition government of Prime Minister David Cameron has said it cannot interfere in the open, international energy market and regulate prices there. Labour's promise, the PM said, would only see energy companies turn up prices even more at the end of the price freeze period.

But with the political heat reaching boiling point, earlier this month Cameron pledged to cut prices by eliminating various schemes aimed at improving energy use, including the so-called Energy Companies Obligation (ECO).

Under ECO, energy companies have had to help vulnerable people insulate their old, leaky houses. The problem, Malinowski said, was that the cost of doing this has been passed on to other customers.

"These are government schemes agreed with the energy companies, administered by the energy companies. And one of the main reasons why bills are rising this year is not the rise in gas and electricity prices - it's social and environmental costs that are being added on to bills and spread around to everybody else," he said. 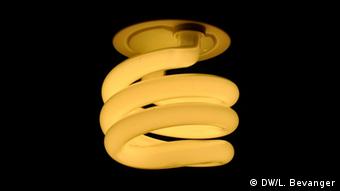 "So funnily enough it's the social programs and the environmental programs that are now driving the costs for everybody else."

People over 60 are eligible for government help to meet their energy costs. But as bills rise at record rates along with increases in other living costs like food, for many it is simply not enough. And with forecasters predicting another chilly winter, Britain's energy costs look set to remain a thorny political issue - and a real worry for thousands of people.

UK economy: Is all that glitters really gold?

As people in Britain throng the high streets hunting for Christmas presents, critics of the government’s claims of a solid recovery warn the economic upswing is not as solid as the Chancellor claims. (12.12.2013)

As experts discuss the climate at the UN conference in Warsaw, Gunnar Luderer of the Potsdam Institute for Climate Impact Research tells Deutsche Welle that delay will be expensive. (13.11.2013)