Immigration beneficial for UK, says study | Europe| News and current affairs from around the continent | DW | 14.11.2013

While the UK Independence Party (UKIP) is promoting an anti-immigration sentiment, a new study shows that immigration has in fact had a positive impact on the UK throughout the last decade. 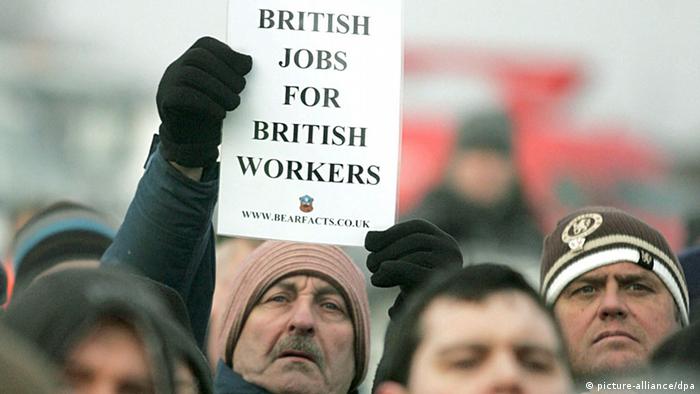 The United Kingdom is one of many European nations locked in a heated dispute over immigration. The UK is notoriously strict when it comes to opening its borders, and the UK Independence Party is now pushing for further border tightening along with its anti-European Union agenda, as UKIP leader Nigel Farage recently told the European Parliament.

But a new study is shedding light on the actual economic effects of immigration on the UK, and its results may come as a surprise.

According to a recent report from the University College London's Center of Research and Analysis of Migration, immigrants to the UK have in fact had a strong positive impact on public finances.

The paper analyzed the fiscal impact of immigration on the economy since 1999. Among its findings, immigrants from the European Economic Area (EEA) who came to the UK in 2000 or later made an especially positive contribution - even in times when the UK was running budget deficits.

"What we have heard in the UK debate in recent months is that immigrants from EEA countries are a burden on the fiscal system, but our research shows that on average that is absolutely not the case," said Professor Christian Dustmann, the author of the study, in an interview with DW. 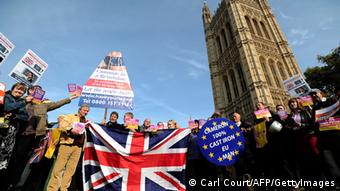 The report shows that immigrants have contributed considerably more in taxes and government payments than they have received in social welfare benefits.

In fact, in the period from 2000 to 2011, the newcomers were 45 percent less likely to claim state benefits or tax credits than people born in Great Britain.

"It's surprising that the contribution of immigrants has been positive - and quite dramatically so - even though the UK has run budget deficits during this time," Dustmann said.

One explanation for this could be that immigrants were far better educated than British people in 2011, with only 21 percent of the adult population holding a university degree. 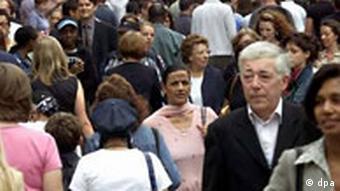 London is one of the most ethnically diverse cities on earth

According to Dustmann, these figures show that the UK attracts "highly educated and skilled immigrants rather than benefit seekers."

And yet, many British politicians are worried about skilled immigrants coming to the UK. Conservative Prime Minister David Cameron for instance said that "you can go to factories in our country where half the people come from Poland, Lithuania or Latvia." When addressing a group of new apprentices, Cameron was reported to tell them that Britain must "say no" to eastern European workers by making sure that the British youth has the skills and the education to compete in a globalized world.

Cameron is not alone in his fears. UKIP leader Nigel Farage put the issue of immigration at top of his agenda for the European elections in 2014. According to him, it is necessary for the UK to better control its borders and the matter of immigration is the "central issue of whether Britain remains in Europe."

So where does this opposition to immmigration come from? According to Dustmann, such sentiments always grow in times of economic hardship. 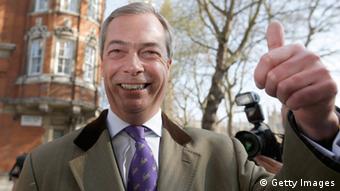 'We want to control our own borders,' Farage recently told the European Parliament

"The UK has had a number of years of very severe austerity," he said. "So then of course it's always easy to make immigrants responsible for that. And the way the press reports about immigrants is certainly not helping either. Taken together, this creates an atmosphere of hostility towards immigration."

Dustmann hopes that the report will inject some objectivity and facts into the debate and challenge the public stance on immigration.

"After our report it will be very difficult for people to argue that immigrants from EEA countries are free-riding on the benefit system and are contributing far less than they take out," he said.

Lori Herber contributed to this report.