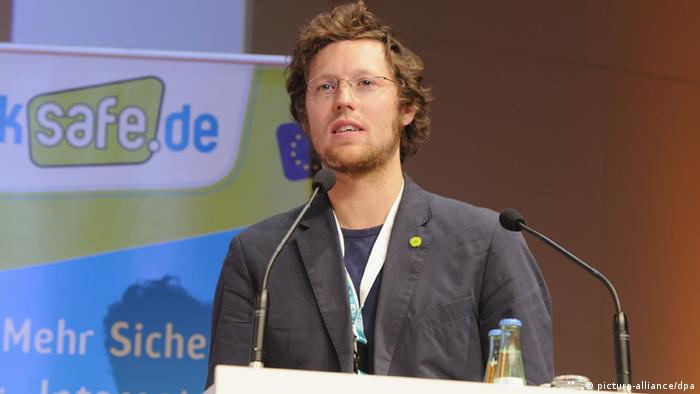 DW: The National Front of France, under leader Marine Le Pen, has anti-Semitic and far-right roots, though it distances itself from fascist parties, like Greece's Golden Dawn, or Hungary's Jobbik. The Dutch Party for Freedom, led by Geert Wilders expresses concerns about Islamic immigration but is strongly pro-Israeli. Wilders has already held talks with Filip Dewinter, parliamentary head of the Belgian party Vlaams Belang, as well as Hans-Christian Strache, leader of the Freedom Party of Austria, as well as representatives from similar parties in Sweden. Their common denominator is their opposition to the European Union. Isn't it a contradiction for them to want to work together to change Europe when they also want to scrap the euro and leave the European Union?

Jan Philipp Albrecht: In the past it took a long time for far-right, or radical anti-globalists, to create pan-European networks. Both Le Pen's National Front and Wilders' Party for Freedom have opposed working together with other states. At the same time they want to generate sympathies in other countries for their anti-EU policies. Now, they have started to work together in practical partnerships. They know they barely have a chance of exerting any influence on decisions in Brussels or Strasbourg.

The representatives of far-right parties currently sit in the EU parliament as independents. In order to form a parliamentary faction, they must have at least 25 representatives from seven EU countries. They haven't managed this yet. Do you think that Wilders and Le Pen can clear this hurdle in the future?

I think that the politically experienced Wilders and Le Pen now practice politics much more strategically than earlier European alliances did. The first attempt at a far-right faction in the EU Parliament in 2007, under the leadership of Alexandra Mussolini, granddaughter of the dictator, failed because she baited her own representatives from Romania and Bulgaria. These parties won't make that kind of mistake again. That's why it will be even more important to make clear what they believe. That's what our brochure "Europe on the Far Right" is hoping to do. With quotations and actions, it unmasks some politicians.

Conservative politicians also use populist slogans and campaign, for example, against poverty migration. How open are the conservative parties to the far right?

Clearly quite a lot. Many examples show how conservative parties have failed to distance themselves from this populism. Wilders' Party for Freedom has only become so strong because the conservatives in the Netherlands governed together with them. The FPÖ in Austria under Strache could only get so strong because the conservative centrists opened themselves up to the far right. Now, there's a similar development in France. A very xenophobic policy by Sarkozy gave the National Front an extra push. In Britain, Cameron's anti-EU policy is being driven by the UK Independence Party, which openly campaigns against any European cooperation. The voters think of that party as more credible because it has yet to take part in government. The consequence of this development is that in the next European parliament up to a quarter of the delegates will belong to such populist parties.

How great is the likelihood that other countries could shift to the right - for example Germany?

Luckily, this development hasn't happened in Germany yet, nor has it in Spain or Portugal, because those countries have had in the past very intense experiences with fascist dictatorships. Their awareness that you must resist such developments early is of course much greater. But at the same time we see that that can change quickly; for instance, in Greece. Golden Dawn has already started to score double-digit results. A lot of people are disappointed with the major democratic parties. They're receptive to far-right ideological programs and politicians. In Finland, Sweden, or Denmark, where you would normally expect more moderate politicians, populism is thriving. And it can happen in Germany, too.

Jan Philipp Albrecht is a German Green party representative in the European Parliament. He has just published the pamphlet "Europe on the Far Right," which reveals several anti-Semitic, racist, or Holocaust-denying statements by EU politicians in far-right parties.

They're opposed to the EU, but plan to work together in the campaign for the European election in May 2014. Marine Le Pen and Geert Wilders have met in the Hague to set up their alliance. (13.11.2013)

Why French voters are turning to the National Front