Eastern Germany Gets Pep Talk on Wasting Money | Germany| News and in-depth reporting from Berlin and beyond | DW | 13.06.2006

Eastern German state foreign ministers got a dressing down from the government for an alleged waste of Solidarity Pact funds, with Berlin rejecting their calls to relax the stipulations governing how the money is spent. 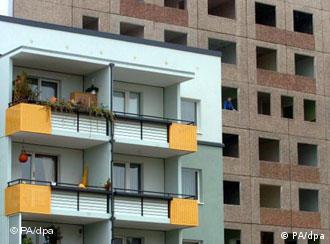 Rebuilding the East is about more than just infrastructure

Along with Wolfgang Tiefensee, Berlin's minister responsible for eastern Germany's economic development, German Finance Minister Peer Steinbrück met Monday with eastern Germany's five finance ministers to discuss misuse of the Solidarity Pact -- the injections of government cash into the former communist part of the country which will amount to a total pay-out of 156 billion euros ($197 billion) by 2019.

The talks were scheduled in response to growing concern that the funds earmarked specifically for improving infrastructure regional in efforts to create self-sustaining economies were being hijacked for other purposes, including personnel costs and interest payments.

"The states failing to use the funds correctly need to return to the straight and narrow," said Tiefensee.

Ahead of the meeting, several of the eastern German state premiers had called for making the terms of the Solidarity Pact more flexible and freeing up the funds for other purposes than those originally stipulated -- a move also welcomed by Klaus Wowereit, mayor of cash-strapped Berlin.

"The list of criteria needs to be extended," he said. "This would solve the problem instantly."

Instead, the outcome of the meeting was a decision to uphold the Pact's existing form. 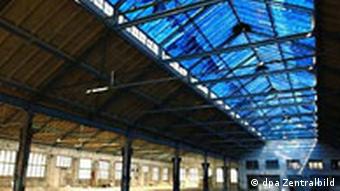 Is the money not going where it's most needed?

The Solidarity Pact involves Germans paying a surcharge of 2.5 percent on their taxes -- small wonder then that the perceived waste of taxpayers' money unleashed such fierce political debate.

It recently emerged that Thüringen and Saxony-Anhalt were intending to spend some of the Solidarity Pact funds on education, on the basis of it being conducive to economic growth, while, according to the finance ministry, the eastern German states spent just 39 percent of the allotted 8.5 billion euros on infrastructure in 2004. Berlin, meanwhile, allegedly "misspent" 100 percent of its share.

"We are not wasting anything," insisted Saxony-Anhalt State Premier Wolfgang Böhmer. "Even if we use it to pay teachers, police or administration costs, this does not amount to waste." 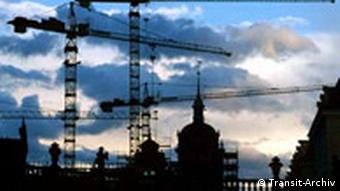 Eastern Germany has been told to clean up its act

Thriving regions are still few and far between in the former communist East. Unemployment remains stubbornly high with about 20 percent -- which is almost twice as high as in the more well-to-do western Germany.

Only in the state of Saxony, home to a number of old and new economy enterprises, is a self-sustaining economy within reach, and state Premier Georg Milbradt angered his eastern colleagues by rejecting demands for a relaxation of the rules governing the funds.

"I think the other eastern states are wrong in assuming the funds can be used more efficiently for purposes other than investments," he said. "Expenditure on things like better education will also have to be financed once the transfers will have ceased in the future."

But the leaders of four of the five regional states have said it's better to invest in people rather than concrete, and that rebuilding the East is seen merely as a matter of urban planning.

"We have enough asphalted paths through our forests and enough theme parks," said Thüringen's Finance Minister Birgit Diezel. "What we need is greater scope to invest in people's minds."

Federal and state governments are again negotiating the financing of the eastern German states. (Jan. 31, 2005)

When the German cabinet presented its annual report on the state of German unity Wednesday, it reached the unexpected conclusion that the economic gap between East and West has, in fact, begun to close. (Sept. 22, 2004)

Next week, East German states are required to tell Finance Minister Hans Eichel how they spent the billions of euros in subsidies the federal government transferred last year. A new study does not paint a pretty picture. (Sept. 28, 2005)