Several Eastern European nations have failed to meet international pledges on the restitution of Jewish property, according to a study. European officials have called on EU member states to make "the final restitution." 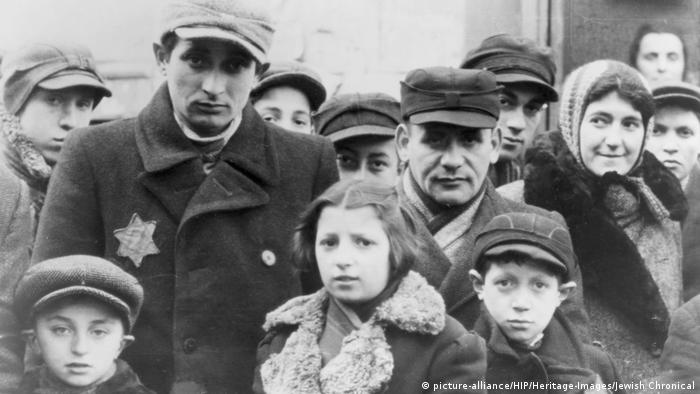 Several Eastern European nations fell short on pledges to return Jewish-owned property seized before or during World War II, according to a study to be published on Thursday by the European Shoah Legacy Institute (ESLI).

The study, which offers a comprehensive view of post-war restitution legislation in dozens of countries, singled out Croatia, Lithuania, Macedonia and Slovenia for limiting Jewish claimants to citizens of those countries. However, other nations have done less for the restitution of Jewish property.

"Among Eastern European countries, Bosnia-Herzegovina and Poland stand alone as the only countries that have failed to establish a comprehensive private property restitution regime for property taken either during the Holocaust or Communist eras, or one that addresses both types of taking," the study said.

It noted that while both countries had established private property restitution legislation in the wake of World War II, the measures were "short-lived due to the nationalization principles of the Communist regime that took each country."

In 2009, Poland and Bosnia comprised two of the 47 states that endorsed the Terezin Declaration, considered the most comprehensive restitution pact on immovable property.

The Terezin Declaration urged participating member states to make every effort to "rectify the consequences of wrongful property seizes, such as confiscations, forced sales and sales under duress of property," which formed part of the wholesale persecution of Jews during World War II.

Jewish assets seized during the Holocaust amounted to at least $138 billion (127 billion euros) when adjusted for 2017 prices, of which less than 20 percent has been restituted, according to academic studies.

Nazi Germany, led by dictator Adolf Hitler, was responsible for perpetrating the Holocaust, which left up to 11 million Jews, Poles, Slavs, Romani and members of other ethnic and social groups dead.

Once considered the home of Jewish life, Poland had a thriving community of 3.3 million Jews before the Nazi regime murdered 90 percent of the prewar population during the Holocaust.

Despite post-war efforts to provide dispossessed Jews with their property across Europe, Poland encountered communism in the immediate aftermath of the war.

"The outcome was that whatever property had been restituted was subject to a second round of confiscations, this time by communist authorities," the study said.

However, since democratization in 1989, Jewish rights organizations have noted that Poland failed to redress property seized during the Holocaust and later nationalized under communism.

"Poland is the only member of the European Union (and a former Eastern European member of the communist bloc) not to have passed comprehensive private property restitution legislation in the post-communist era," the study said.

'They keep selling them'

In Poland, property restitution has been a cumbersome path for Jewish claimants, partly due to the 1997 legislation that affects how property was nationalized during the communist era.

For example, in order for a claimant to be successful, they must prove that the nationalized property was done so in a way that contradicted the terms of the communist-era legislation.

Jehuda Evron, a Holocaust survivor who has joined more than 3,000 Jewish claimants in demanding restitution from Poland's government, said Polish authorities have done little to nothing to assist them.

"Instead of returning these buildings, they keep selling them to Polish and foreign investors. Most of the cases are in Polish courts for more than years and, even if you win your case in court, it takes years to get the building back," Evron told "The Krakow Post" in 2016.

Gideon Taylor, chair of operations at the World Jewish Restitution Organization, said victims of the Holocaust needed to count on the support "of the European Parliament" and EU members to urge countries to "fulfill their responsibilities to ageing Holocaust survivors and their families."

"Too many survivors are living in poverty, without adequate welfare support, while some states and individuals continue to benefit from properties wrongfully seized from Jewish people during the Holocaust," Taylor added.

Despite efforts taken by European nations since the end of World War II to return property to its rightful heirs or organizations that benefit Holocaust survivors, "a substantial amount of immovable property confiscated from European Jews remains unrestituted."

"While there have been significant steps forward in a number of endorsing countries, in the post-communist countries of Eastern Europe there remains much to do regarding return of private and communal property," the study said in its concluding remarks.

But Gunnar Hökmark, a Swedish lawmaker in the European Parliament who co-hosted Wednesday's "Unfinished Justice: Restitution and Remembrance" conference in Strasbourg, called on EU nations to do more for Jewish claimants, especially in Eastern Europe.