Warsaw suspends restitution for Polish Jews | Europe| News and current affairs from around the continent | DW | 18.03.2011

Poland is lagging behind most Eastern and Central European countries when it comes to compensating Jews for property confiscated by the Nazis during World War II. 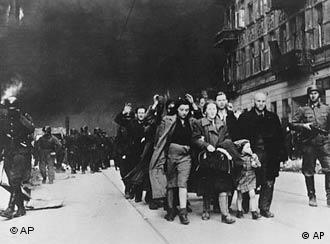 Around 18 percent of restitution claims are by Polish Jews

Jewish organizations and the US administration have both raised objections to Poland's decision to suspend work on the restitution of Jewish property confiscated by the Nazis during World War II and under communism.

The Polish government suspended work on the restitution package on March 10, due to its spiraling budget deficit. The decision comes just three years after Prime Minister Donald Tusk announced that a piece of legislation would be drafted to offer compensation totaling 20 percent of the property value for the Jewish families of former property owners.

"It is unacceptable that Poland cannot find some way to meet its responsibility," said Ronald S. Lauder, chairman of the World Jewish Restitution Organization, in response to the decision.

"Most Central and Eastern European countries have adopted some type of law to provide for the restitution of or compensation for confiscated property. Poland stands out for its failure to do so," he added.

While recognizing that not enough has been done to address past wrongs when it comes to Jewish property restitution, Tusk explained that budget deficits simply wouldn't allow payments to continue. The country is wary of exceeding the public debt ceiling, which could jeopardize Poland's entry into the eurozone, a goal set for as early as 2015.

Lauder refused to excuse the government, claiming Poland has failed to address the issue over two decades of varying economic periods. "Poland is currently experiencing some of the strongest economic growth in the European Union," he noted.

Since the fall of communism in 1989, successive Polish governments have been taken to task by Jewish organizations for dragging their feet in solving the property restitution problem.

According to Poland's property owners' association, the total value of unreturned property is around 16-17 billion euros (up to $24 billion).

Taking it to the courts 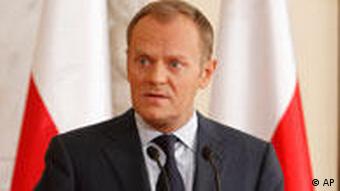 Henryk Piekielny, an elderly Polish Jew, has been locked in a legal battle against the Polish state for compensation owed to him for more than a decade.

The site of a factory once owned by his family was confiscated by the Communist authorities in the late 1940s. In a bitter twist of history, the Piekielny family of industrialists survived the Holocaust only to find what was rightfully theirs snatched from under their noses.

Piekielny has taken the case to the European Court of Human Rights and is awaiting a verdict, which could set a precedent for thousands of claims from the families of Holocaust survivors. Claims by owners and their heirs have been pursued on a case-by-case basis in the courts.

Michael Schudrich, Poland's chief rabbi, has said the refusal to return property to former owners is immoral, no matter what their religion.

"There is no difference whether the owners are Jewish or Christian," he said.

But Konstanty Gebert, a commentator at the Gazeta Wyborcza newspaper, says the latest delay in property restitution is quite understandable, given that parliamentary elections are scheduled in Poland for later in the year. A large proportion of the electorate is opposed to the concept of compensating former owners from the public purse.

"Some 18 percent of potential claims will come from Polish Jews. This mobilizes a nationalistic electorate and allows people to sidestep the real issue, which is really, 'We don't want to pay compensation to anyone at all,'" said Gebert.

"The fact that this is still a live issue is shameful, not incomprehensible, but shameful."

In the aftermath of World War II, some 12 million Germans were expelled from territories in Eastern Europe. More than 65 years later, historians are fighting a proposed national holiday to commemorate their plight. (15.02.2011)

Forty years ago, German Chancellor Willy Brandt got down on his knees in Warsaw in a gesture of reconciliation that became a turning point in German-Polish relations. Now, a Jewish Museum is being built near the site. (07.12.2010)

Holocaust survivors are joining forces with Poles whose property was expropriated by the Communists to get compensation. (20.03.2007)