Germany plans to revamp the archives holding former communist East Germany's Stasi secret police files. Although procedures may change, they will remain accessible to the public for research. 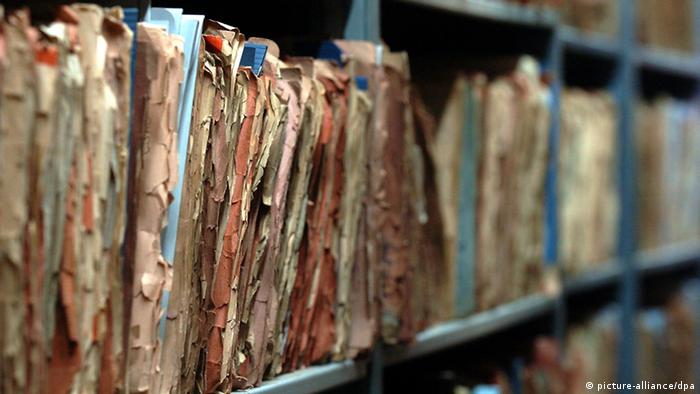 On October 3, 1990, former Protestant pastor and current German President Joachim Gauck, as a special representative of the federal government, took over responsibility for the Stasi archives, kicking-off a fierce debate.

Many did not agree with the release of the former East German secret police files. It was thought people might publically persecute former employees if it became known who had worked for the State Security apparatus under the GDR regime.

But, it did not come to that. The work of the Federal Commissioner for State Records for former East Germany, as the position was officially called, and the documentation center was well received. The position soon became known simply as the ‘Gauck agency.'

Its work is not only appreciated by Germans who want to learn something about the GDR and its communist past, but also by people from other countries who suffered under a dictatorship and want to know how to deal with such historical legacies.

For academics dealing with the past, the Stasi archive is irreplaceable, says Richard Schröder, chairman of the center's advisory board. “You can tell the history of the GDR is the best researched part of German history, because of the access to the files that is made possible.”

It will not get any cheaper 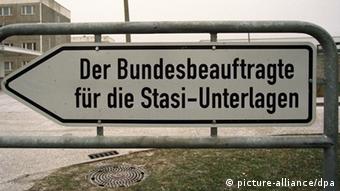 However, a quarter of a century after the end of the GDR dictatorship, more and more citizens are questioning the agency's purpose. Jörg Drieselmann, the director of the Stasi museum in Berlin, answers that very question, “I don't think we need it."

But the argument that Drieselmann uses that “a large chunk of money could be saved“ is not something Schröder agrees with. Even if the authority were to be dissolved, the work would not be finished. He sees things differently: "The bottom line is that there can be a synergy effect and the task continues. No matter what the name or under whose auspices the cost will always be approximately the same."

What to do with the files?

If the authority is dissolved, not only would the work have to be distributed, but what would happen to the files themselves: where should they go and where would they be viewed?, Richard Schröder says of the alternatives. 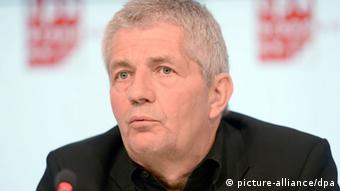 Roland Jahn has headed the Stasi Archives since 2011

The most obvious possibility would be to use what already exists. ”The files could be given to the federal archives,“ he argues. A proposal, which Drieselmann says can offer lot: “There is a huge amount of expertise to handle this material.”

Furthermore, as the director of Berlin's Stasi museum says, the work at the federal archive is better organized than the Stasi records agency.

The federal archives have had much more experience with academics and are able to meet their individual requests. In comparison, “really meaningful, historical work in the office of the federal commissioner is not possible.”

Everyone seems to agree that the work of the Stasi document center is not finished, and the current commissioner in charge, Roland Jahn, agrees:

But there is no need to worry. The German parliament is currently considering proposals how to keep the Stasi document center open and operating even after the obligatory background checks for public service employees are terminated.

On February 5, 1989, a 20-year-old became the last victim of the GDR's Berlin Wall firing orders. A quarter of a century later, researchers are still trying to determine how many died along Germany's inner border. (05.02.2014)

Germany's best-known socialist is again in the spotlight because of his contacts with the Stasi, the East German secret service. So far, none of the allegations have stuck - but new reports appear especially serious. (17.02.2013)