Earth's magnetic poles can flip sooner and faster than first thought. This could have a major bearing on satellites orbiting the Earth. 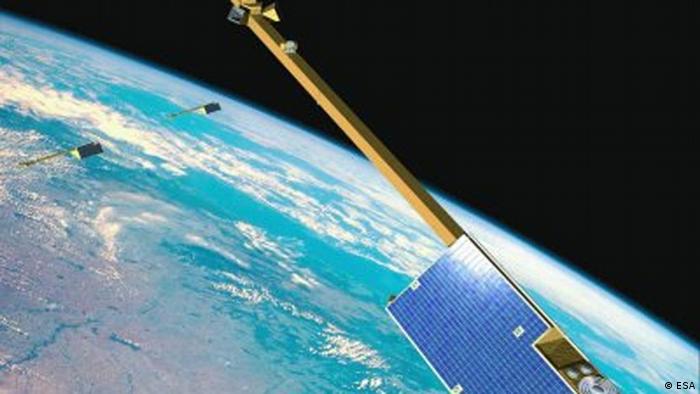 We might think that a compass will always point north, but what if the earth's magnetic poles actually flipped around? Such a bizarre jump has happened in the past and, according to geophysicists, could happen again sooner and faster than first thought.

Liquid metal churning out of the Earth's core gives the planet its magnetic field. But when this liquid flows in a different direction, it can have a major bearing on our magnetic field.

On Tuesday, researchers from China published a study finding that this reverse in the planet's magnetic poles can also occur much faster than initially thought. While geophysicists previously believed that such a phenomenon could only occur over several hundred years, new evidence suggests that the last geomagnetic switch, back at the beginning of the last ice age, took just 144 years — around 30 times faster than previously thought possible.

Researchers were able to able deduce these faster fluctuations in the Earth's poles by analyzing stalagmites in limestone caves, several of which were still magnetized and whose age could easily be determined.

Why a geomagnetic shift may be imminent

The researchers said they had several reasons to believe that another polar flip could happen soon.

First, the Earth's magnetic field is roughly 10 percent weaker compared to when records first began 175 years ago, meaning the poles are more prone to shift.

Further, the magnetic poles are moving increasingly quickly. The northern pole currently sits under the arctic ice to the north of Canada. However, every year it moves some 50 kilometers (31 miles) towards Siberia.

However, since then the planet has seen several so-called geomagnetic "excursions," which don't permanently switch the Earth's magnetic poles, but cause them to temporarily drift, sometimes to a complete, though short-lived, reversal.

Jürgen Matzka from the Institute of Earth and Environmental Science in Potsdam told German media that "such excursions are ten times more frequent" and are initially "indistinguishable from real pole jumps."

While such a polar shift doesn't pose any immediate threat to humanity, experts do warn that it cause satellites to fail. However, this isn't a new risk; as the Earth's magnetic field gets weaker, it fails to protect these satellites from dangerous radiation and particles emitted by the sun.