Duterte to ′raise the Philippine flag′ in South China Sea | World | Breaking news and perspectives from around the globe | DW | 06.04.2017

Duterte to 'raise the Philippine flag' in South China Sea

The Philippine president has ordered troops to deploy to the South China Sea to assert the country's regional claims. Duterte's plan is likely to anger China, which claims the majority of the region. 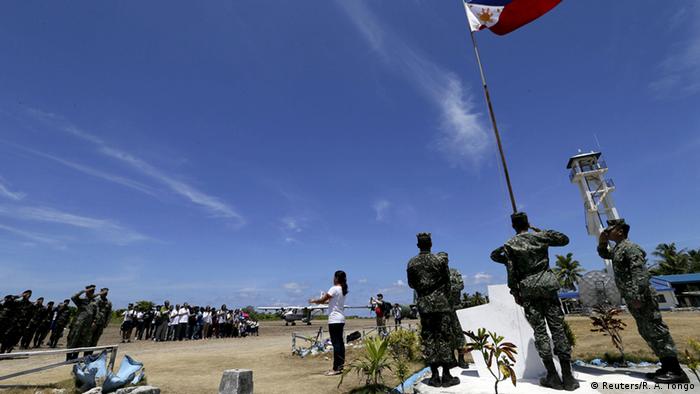 Philippine President Rodrigo Duterte has ordered troops to occupy and fortify all Philippine-claimed islands and reefs in the South China Sea, he said Thursday.

The islands have several rival claimants including Beiing. China asserts sovereignty over almost the entire South China Sea, over which about $5 trillion (4.7 trillion euros) worth of seaborne goods pass every year. Despite protests from its Southeast Asian neighbors, Beijing has built reefs into artificial islands able to house military planes.

Brunei, Malaysia, Vietnam and Taiwan also have claims in the disputed waterway, and the Philippines is just joining the crowded race to control territory in the area, Duterte said.

"It looks like everybody is making a grab for the islands there, so we better live on those that are still vacant," he said during a visit to a military camp on the western island of Palawan, near the disputed Spratly island group. 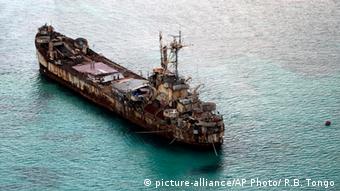 In the 1990s the Philippine government deliberately ran the Sierra Madre aground to assert Philippine claims in the Spratly Islands.

A back-and-forth with Beijing

Under Duterte's predecessor Benigno Aquino, the Philippines actively challenged China's claims. But Duterte, who assumed office last year on promises to kill thousands of drug dealers and addicts, sought instead to improve his nation's relations with China.

The controversial president initially implemented a non-confrontational approach to the strategically important waters as he sought billions of dollars in investments and grants from Beijing.

Despite the fast-warming relationship, Duterte, who joked on the campaign trail that would jet ski to a Chinese man-made island to reinforce Manila's claim, has again changed his tone. It was now the time "erect structures there and raise the Philippine flag," he said Thursday.

Last June, Chinese coast guard vessels prevented a Philippine nationalist group from planting a national flag on a rock outcrop in another part of the South China Sea.

"I have ordered the armed forces to occupy all. At least, let us get what is ours now and make a strong point there that it is ours," Duterte said..

He added Manila was claiming "nine or 10" land masses in the Spratly Islands, a disputed group of 14 islands, reefs or cays, including a marooned naval ship. The vessel intentionally grounded atop the Second Thomas Shoal in the late 1990s in response to China's occupation of Mischief Reef. 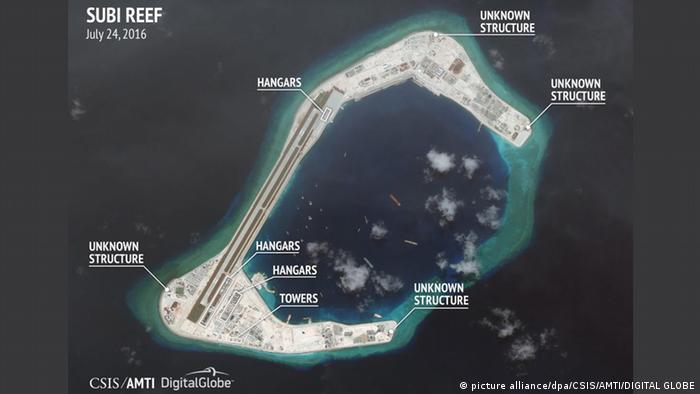 The Subi Reef is one of seven man-made islands that China is accused of militarizing.

Duterte also said he "may" visit the Philippine-claimed areas on June 12 to mark the 119th year of Philippine independence from more than three centuries of Spanish rule.

"In the coming Independence Day, I may go to Pagasa Island to raise the flag there," Duterte said, using the local name for Thitu, the largest of the Philippine-controlled Spratly Islands. The island is just 26 kilometers (16 miles) northeast of Subi Reef, one of seven man-made islands that China is accused of militarizing with ground-to-air missiles.

While the Philippine military currently has garrisons on Thitu, Duterte said he planned to add a barracks for military personnel operating in the area.

The two neighbors are scheduled to hold talks in China in May to further discuss the issues related to the aquatic row.

A former Philippine president says he met with a Chinese former senior diplomat during a trip to Hong Kong aimed at improving ties. Relations have been strained over a maritime dispute in the South China Sea. (12.08.2016)