Prosecutors labeled it "the largest haul discovered so far this year" as Rotterdam becomes a favorite European entry point for cocaine. Europol said the Netherlands and Belgium are becoming hubs for cocaine trafficking. 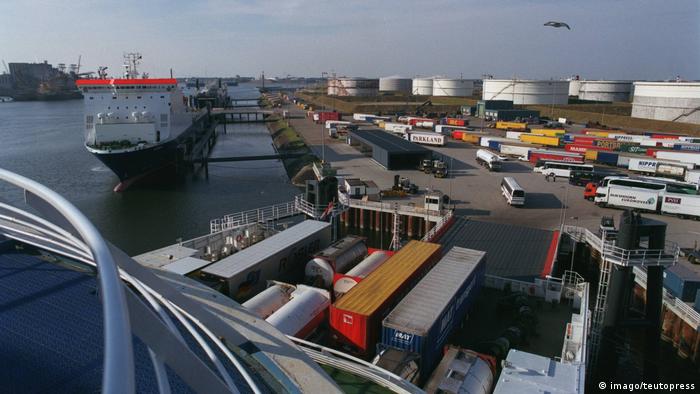 Cocaine seizures have increased at Rotterdam port over the last week

Customs officers seized more than four tons of cocaine in two containers at the port of Rotterdam, Dutch prosecutors said on Sunday.

The illegal drugs, which have an estimated street value of €313 million ($362 million), were found hidden in soy bags destined for Portugal from Paraguay via Uruguay.

"It has been the largest haul discovered so far this year" in the Netherlands, a public prosecution official told the ANP news agency. The cocaine has since been destroyed.

Why are smugglers using Rotterdam port?

Europol warned that Rotterdam port is a major entry point for drugs, with the Netherlands and Belgium becoming central hubs for cocaine.

In September, police officers found a similar quantity of cocaine valued at about €301 million.

Dutch police seized nearly three tons of cocaine and €11.3 million ($13.5 million) in cash on a farm near Amsterdam's Schiphol airport.

Has cocaine use increased?

Cocaine is the second most popular drug after cannabis in Western and Central Europe, a Europol report warned.

The North Sea coast has now "overtaken the Iberian peninsula as the primary point of entry for cocaine reaching Europe," the European policing agency said in the September report.

Last year, authorities seized about 65.6 tons of cocaine in Antwerp.

Coordinated raids in Germany and Belgium last February uncovered 23 tons of cocaine with a street value of billions of euros.

Paraguay is a key transit country for cocaine, most of which is produced in Colombia.