A Dutch court has approved a request by right-wing Dutch politician Geert Wilders for a retrial with new judges. The leader of the Freedom Party is facing charges of inciting racial hatred against Muslims. 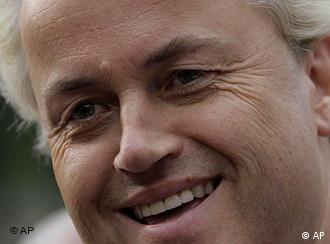 Wilders accused the judges of being biased

Dutch anti-Islam politician Geert Wilders welcomed the decision by a Dutch court to order a retrial with new judges, after he complained that the current judges were biased.

"This gives me a new chance of a new fair trial," Wilders told the Reuters news agency. "I'm confident I can only be acquitted, because I have broken no law, but spoken the truth," he insisted.

Wilders' lawyer had asked the court to replace the judges because of concern about their being biased, after they did not immediately approve a request to hear testimony from a witness the defense considered crucial to its case. 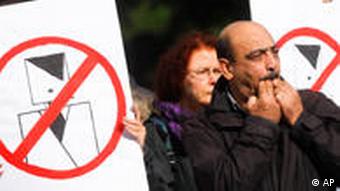 Wilders has caused outrage among Muslims

Back to square one

The Amsterdam court ruled that the defense's fear of bias was "understandable", meaning the entire trial process will have to be repeated, although it was not clear when it would reopen.

Wilders has repeatedly equated Islam and Muslims with fascism and violence, and he also called for the Koran to be banned in The Netherlands.

The Dutch politician's anti-immigration Freedom Party was one of the big winners in June's national elections and, while not part of the government, it has agreed to prop it up in crucial decisions.

The Netherlands' Queen Beatrix has given the go-ahead for Liberal party leader Mark Rutte to form a cabinet. The minority government, relying on an anti-Islam party for support, is not expected to last a full term. (08.10.2010)

The trial of Dutch anti-Islamist politician Geert Wilders on charges of inciting racial hatred fell into disarray after he accused the judges trying him of bias. (04.10.2010)

Late last week, two Dutch conservative parties agreed to form a minority coalition that is expected to work with the anti-Islam Party for Freedom (PVV). Now the PVV's leader has gone on trial for inciting hatred. (04.10.2010)