The Netherlands' Queen Beatrix has given the go-ahead for Liberal party leader Mark Rutte to form a cabinet. The minority government, relying on an anti-Islam party for support, is not expected to last a full term. 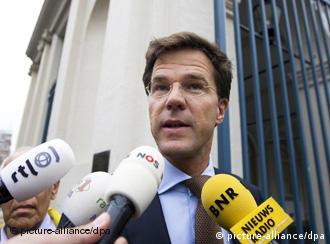 The Netherlands' Queen Beatrix has asked the leader of the liberal WD party, Mark Rutte, to form a government following months of coalition negotiations.

Rutte is to lead a center-right coalition with the country's Christian Democrat party (CDA), which will rely on the anti-Islam Party for Freedom (PVV) for parliamentary support.

"Her Majesty the Queen met Mr Rutte at her palace this evening," the Dutch government's communication service said early on Friday. "The Queen asked him ... to form a cabinet as soon as possible." 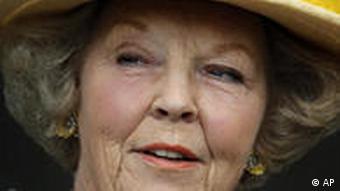 Queen Beatrix approved the deal on advice from an official

According to the coalition deal agreed last week, the PVV is to remain outside of government.

However, the party, which is led by controversial politician Geert Wilders, has agreed to back coalition legislation in exchange for a say in policy making.

Wilders last week said that the government accord would result in a ban of face-covering veils such as the burqa - and a halving of immigration.

An official appointed by the queen approved the government deal on Thursday, saying that the cabinet would be able to rely on "fruitful cooperation" from the legislature.

Political analysts have expressed grave doubts that the arrangement will survive for a full four-year term.

The new government's majority is fragile, with 76 seats out of 150 and the principle of co-operation with Wilders has divided opinion within the CDA. Approval by party members on Tuesday was the final hurdle before the plans could be presented to the monarch. 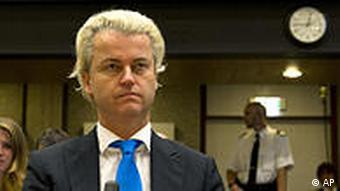 CDA leader Maxime Verhagen said his party's members would continually asses the agreement, to make sure that it did "justice to CDA policies and principles."

Wilders, who describes Islam as a "fascist" religion, appeared in court in Amsterdam on Monday charged with inciting hatred and discrimination against Muslims.

Under the agreement within the coalition, government spending is to be cut by 18 billion euros per year ($24 billion) by 2015.

The liberal WD narrowly emerged as the largest party in the June general election, taking 31 out of 150 seats in parliament, while the PVV increased its support from nine to 24 seats.

The CDA, which has been part of almost every government since the Second World War, saw its haul of seats plunge from 40 to 21.

Late last week, two Dutch conservative parties agreed to form a minority coalition that is expected to work with the anti-Islam Party for Freedom (PVV). Now the PVV's leader has gone on trial for inciting hatred. (04.10.2010)

Dutch far-right lawmaker Geert Wilders made a controversial visit to Berlin Saturday amid protests. Meanwhile, the Dutch Christian Democrats have ratified a deal to form a government with the support of Wilders' party. (02.10.2010)

Coalition options look tough in the Netherlands after voters send a mixed message in parliamentary elections, giving the pro-business Liberals a lead of just one seat and bumping an anti-immigrant party to third place. (10.06.2010)