Activists wanted the court to block broadcasters from showing the character's "racist characteristics." One broadcaster justified airing images of Black Pete because he goes "down the chimney a lot." 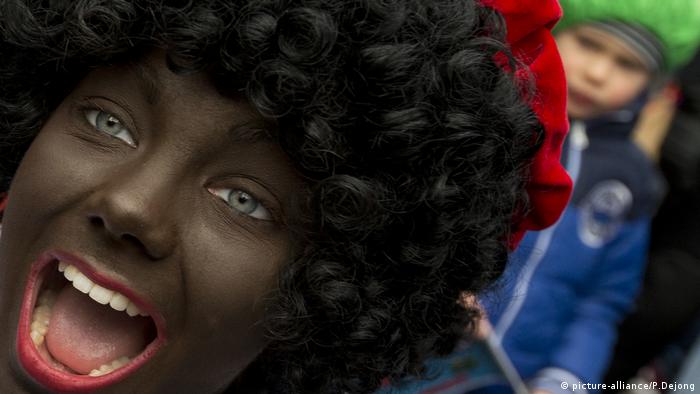 A Dutch court has rejected a bid by activists to ban state broadcasters from airing images of the blackface character known as Black Pete.

The Majority Perspective Foundation had asked for broadcasters to be fined €50,000 ($56,000) if they displayed the controversial figure's "racist characteristics."

But the court said the group had filed its motion too close to the holiday celebrations associated with Black Pete. The presiding judge nevertheless called for the country to continue debating over the character's appropriateness.

"There can be no doubt that Black Pete is changing. Some believe the change is too slow, and that's fine. Others believe it is happening too quickly," Judge Antoon Schotman said. "What is important is that the discussion continues."

Anti-racist activists have railed against Black Pete, known as "Zwarte Piet" in Dutch, for years. White people usually paint their face black and wear frizzy wigs to portray the character.

Dutch author Jan Schenkman created Black Pete in a 19th-century children's story. The character was portrayed as a dark-skinned Spanish moor who helped St. Nicholas in the weeks before Christmas.

The United Nations has called on the Netherlands to change a character that it said had been "experienced by many people of African descent as a vestige of slavery."

The Netherlands introduced new types of Petes in 2014 in response to the controversy. These included "Cheese Petes" with yellow faces, "Stroopwafel Petes" with striped, light brown faces and a white-faced "Clown Pete."

In October, broadcaster NTR appeared to compromise with activists. It said it would portray Pete with soot on his hands and face to reflect that "he came through the chimney."

But it quickly backtracked, reportedly saying that "some Petes go down the chimney a lot, therefore they turn properly black."