Ewold Horn from the Netherlands was Islamist militant group Abu Sayyaf's longest-held hostage. The military said that it also killed the Abu Sayyaf commander's wife during its raid. 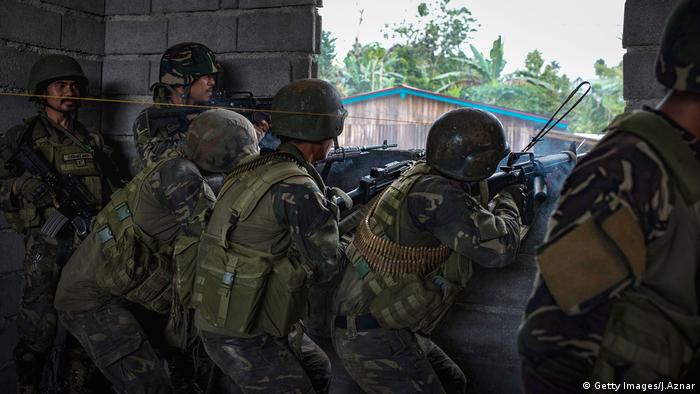 A Dutch birdwatcher held captive for seven years by Islamist militants was killed during a firefight in the southern Philippines, military officials said Friday.

What the military said of the incident:

Netherlands to ask for details

The military's account of the incident could not be independently verified.

"I am shocked by this tragic outcome," Blok said. "I'm in touch with the family. I will ask my Philippine colleague for further clarification" about the circumstances of Ewold's death, Blok added.

Horn was kidnapped with a Swiss man and a local guide in 2012 during a birdwatching trip in Tawi Tawi province, near Sulu.

The guide escaped while being transported to Jolo and the Swiss man escaped in 2014.

Horn was the longest-held captive of Abu Sayyaf, a terrorist group regularly engages in kidnapping of foreigners and Filipinos.

Filipino army and Muslim rebels join forces against IS

At least 20 people have been killed in two explosions outside a church during Sunday Mass in the southern Philippines. The government has released footage of the suspects and asked locals to help find the perpetrators. (27.01.2019)