The digitization of short wave is making progress. How rapid this progress is can be seen from the still brief history of the DRM standard. 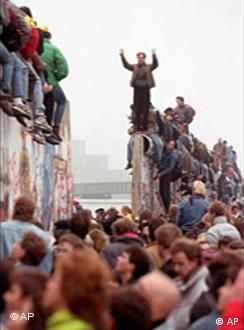 1989
The fall of the Berlin Wall, the end of the Cold War. The change in world politics also changed the situation for international broadcasters. Formerly closed-down frequency bands became open, technology formerly reserved for the armed forces could be used for civilian purposes.


1996
September - In Paris, a first informal meeting took place between international broadcasters, among them Deutsche Welle, and manufacturers who wanted to contribute to the future of broadcasting in the bands below 30 MHz (short, medium and long wave)

November - Another meeting with even more participants. The name (Digital Radio Mondiale), composition and targets of the group were agreed upon.

August - On the occasion of the IFA (Internationale Funkausstellung - International Radio and TV Exhibition) already 48 participants meet in Berlin.

1998
March - The name Digital Radio Mondiale is finally adopted as the name for the new, still to be defined, standard for world-wide digital broadcasting in the short, medium and long wave ranges.

In Guangzhou, China, the International DRM Consortium is officially founded by the signing of a "Digital AM Memorandum of Understanding" by 20 of the most important organisations in world-wide broadcasting, including Deutsche Welle.

1999
On the occasion of the NAB (the world's largest electronics and media exhibition organized by the American National Association of Broadcasters) in Las Vegas, DRM presents itself for the first time to the public.

2001
April - The ITU ratifies DRM as the digital standard for the broadcasting bands below 30 MHz.

September - At the IFA in Berlin, mobile DRM reception is demonstrated for the first time.

October - The ITU declares its support for DRM as the standard for digital transmissions of sound broadcasts in the frequency range 150 kHz - 30 MHz (short, medium and long wave)

2003
April - In Geneva, the decision is pronounced to take up regular digital transmissions on short wave, starting on June 16th. Deutsche Welle is the world's first broadcaster to sign in.

June - Start of the regular DRM transmissions. Taking part are: Deutsche Welle, Radio Netherlands, Radio France International, Radio Sweden, Deutsche Telekom (T-Systems) and many other members of the world-wide Consortium, which now has over 80 members from almost 30 countries.

August - Agreement of co-operation signed between the World DAB Forum and DRM.

September - In Amsterdam, Peter Senger, DRM chairman of many years' standing and Director Distribution of Deutsche Welle, receives the EBU (European Broadcasting Union)'s "Lifetime Achievement Award" in recognition and honour of his lifework.

December - In Moscow, DRM is adopted as the standard for the digitization project of the Voice of Russia.

Short article on the history of the DRM consortium.