A boat carrying people towards Europe capsized in the Mediterranean Sea, with dozens losing their lives in the deadliest migrant boat sinking in months. Nearby fishing boats managed to save 16 people. 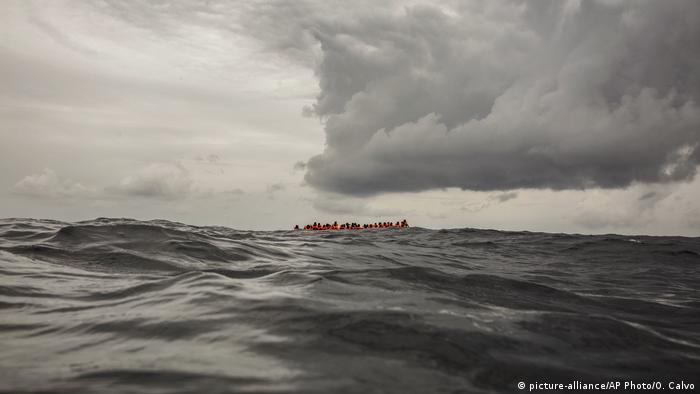 At least 65 migrants drowned when the smuggling boat carrying them sunk some 83 kilometers (51.6 miles) from the Tunisian coastal city Sfax on Friday. The boat had left Libya on Thursday and was heading towards Italy when it sent out a distress signal overnight. The UN's refugee agency UNHCR said the vessel had faced rough seas.

Fishing boats near the vessel managed to save 16 people, according to the Tunisian Defense Ministry. Tunisian navy ships brought the survivors to the port city of Zarzis, where they are being questioned by the Tunisian authorities. One of the migrants has been hospitalized.

While the UNHCR said 65 people died, other sources indicated a higher death toll. Most of the passengers on the doomed vessel reportedly came from sub-Saharan Africa, although citizens of Morocco and Bangladesh were allegedly among the survivors.

"We will probably never know the exact number of those who died," said Tunisian-based Red Crescent official Mongi Slim.

Even with 65 dead, the Friday tragedy is the deadliest sinking during the Mediterranean migrant route since January this year, when some 117 migrants went missing after leaving Libya in a rubber dinghy.

Most of them remain unaccounted for, according to the UN's the International Organization for Migration (IOM).

The IOM spokesman Joel Millman said 17,000 migrants and refugees have reached Europe so far in 2019, or some 30 percent fewer than during the same period this year. The agency said 443 have died.