Torrential monsoon rains have killed at least 42 more people in India in the past 24 hours. More than 350 people have so far died in rain-related incidents in India, Nepal and Bangladesh during the monsoon season. 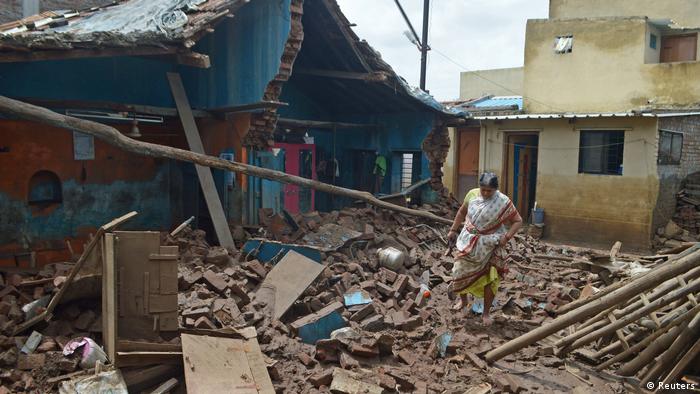 At least 35 people have died in rain-related incidents in the northern Indian state of Uttar Pradesh and seven in the eastern state of Bihar since Saturday, Indian authorities reported.

Sandhaya Kureel, a spokeswoman for the Disaster Management and Relief Department in Uttar Pradesh, said Sunday that 17 people in the state were also injured. At least 29 houses collapsed because of heavy rain, she added.

The Press Trust of India news agency said the western state of Maharashtra was also hit by heavy rain, and nearly 3,000 people were moved to higher ground due to flooding in low-lying parts of the city of Pune and neighboring areas.

More than 350 people have been killed in rain-related incidents in India, Nepal and Bangladesh this monsoon season, which runs from June through September.

The monsoon season sees heavy rains refill India's water reservoirs. They are vital for agriculture but cause immense destruction and loss of life and property.

Experts point to rising deforestation, poor urban planning and increased urbanization as the reasons behind the rise in the intensity of the floods.

The train got stuck in monsoon floodwaters near Mumbai. Rescuers have now evacuated all 700 passengers, but the first group of 150 passengers could only be taken out after the train had been stranded for nine hours. (27.07.2019)