The chief economic adviser to US President Donald Trump has resigned from his post amid the row over Trump's plan to impose tariffs on steel and aluminum. Gary Cohn previously worked as president of Goldman Sachs. 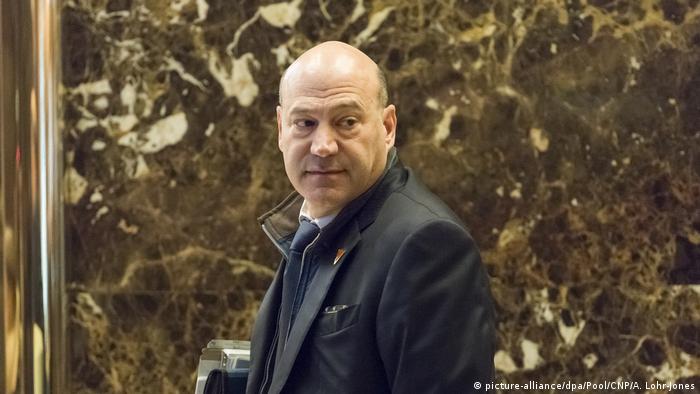 "It has been an honor to serve my country and enact pro-growth economic policies to benefit the American people, in particular the passage of historic tax reform. I am grateful to the President for giving me this opportunity and wish him and the Administration great success in the future," Cohn said in a statement issued by the White House.

Cohn is credited with spearheading the controversial US tax reform in 2017. Before joining the Trump administration, he headed the investment bank Goldman Sachs and worked at other top positions on Wall Street.

According to US media, Cohn was staunchly opposed to Trump's idea to impose steep tariffs on imported steel and aluminium. He argued that other countries would retaliate and punish US business outside the metal trade. However, his campaign failed to move Trump on the issue. The tariffs are set to come into force in the coming days.

Read more: Senior Republicans urge Trump to back down on tariffs

Trump thanked Cohn after his departure, describing him as a "rare talent" who did a "superb job in driving our agenda."

"I will miss having [Cohn] as a partner in the White House, but he departs having made a real impact in the lives of the American people," Kelly said.

Trump: There is no 'chaos'

Just hours before Cohn announced he was stepping down, Trump went on Twitter to deny the "new Fake News narrative" that there was chaos in the White House.

"Wrong!" Trump wrote. "People will always come and go, and I want strong dialogue before making a final decision. I still have some people that I want to change (always seeking perfection)."

He added: "There is no Chaos, only great Energy!"

Following Cohn's departure, Trump tweeted there were many people "wanting the job" of the chief economic advisor and he was working on choosing a new one.

US media report that Cohn was also very close to resigning last August, when Trump refused to condemn neo-Nazi protesters that took part in the riots in Charlottesville. Cohn, who is Jewish, reportedly wrote a letter of resignation but did not submit it.

At the time, he told the Financial Times that citizens "standing up for equality and freedom can never be equated with white supremacists, neo-Nazis, and the KKK," adding that the administration "can and must do better in consistently and unequivocally condemning these groups."