The US president has taken to social media to make his feelings about global warming clear, confusing weather and climate change. He claimed he would save the US trillions by pulling out of the Paris climate agreement. 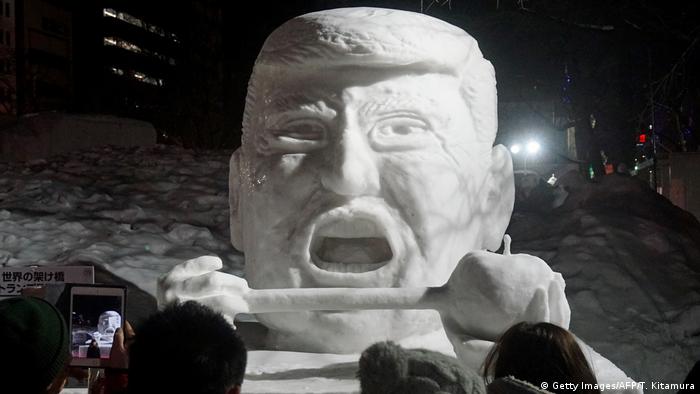 US President Donald Trump took to Twitter Thursday to poke fun at the concept of global warming, writing the East Coast, which is experiencing record cold, could "use a little bit of that good old Global Warming."

The comment failed to recognize the difference between short-term weather phenomena, which can change by the hour, and long-term atmospheric changes that can develop over decades. Although the eastern US is currently experiencing a cold snap, the UN weather and climate agency has said that 2017 is on track to become the hottest year on record. The previous record was set in 2016.

Trump has consistently voiced his skepticism about the concept of climate change, having previously labelled it a Chinese "hoax" created to harm US industry.

The president also claimed that his decision to pull out of the Paris climate agreement, aimed at curbing global greenhouse gas emissions in an effort to stem melting Artic ice and rising sea levels, will save the US trillions of dollars. It is unclear what exactly he was referring to as the US had committed to paying $3 billion (2.51 billion euros) as its part of the agreement to help poorer countries adapt to climate change. Trump announced his intention to withdraw from the treaty in June 2017.

When hell freezes over

Trump has stacked his cabinet with a number of climate change deniers, including Environmental Protection Agency head Scott Pruitt and Interior Secretary Ryan Zinke. The attitude stands in stark contrast to that held by the previous administration of Barack Obama, which made great efforts to combat global warming and encourage the development of renewable energy sources. It is, however, by no means an outlier within Trump's Republican party, which is populated with members who routinely ridicule the reality of a warming planet.